New products need to be developed and the speed of change needs to accelerate sharply to meet the deadline for replacing Libor and avoid a major market disruption.

Consultancy Oliver Wyman said in a report that a huge amount of work remains to transition $240 (€214) trillion US dollar Libor market to alternative risk free rates before the benchmark stops being published. The Financial Conduct Authority said two years ago that the UK regulator will not compel panel banks to submit to Libor beyond 2021.

Our report on #LIBOR transition outlines why the speed of change needs to accelerate ahead of 2021, outlining actions for banks, regulators, and market infrastructure > https://t.co/S73C5FG5se #OWFinancialServices pic.twitter.com/829zL5z8I0

After the financial crisis there were a series of scandals regarding banks manipulating their submissions for setting benchmarks across asset classes, which led to a lack of confidence and threatened participation in the related markets. As a result, regulators have increased their supervision of benchmarks and want to move to risk free reference rates based on transactions, so they are harder to manipulate and more representative of the market.

Oliver Wyman said a firm date for the discontinuation of Libor would probably be the biggest accelerator of change but this is unlikely in the near term. In addition, the report set out action for regulators, banks, clearing houses and benchmark administrators.

“The actions will have to happen in parallel if the mammoth task of transitioning away from Libor is to be completed by the end of 2021,” added the report. “Further delays raise the risk of a market-wide dislocation, as well as economic, conduct and operational impacts for individual market participants.”

The consultancy said banks need to stop procrastinating and develop loan products based on risk free rates, despite only backward-looking RFRs currently being available.

“Banks cannot afford to wait due to the lead time to transition legacy contracts,” said the report. “Without proper preparation, banks face a number of material risks that include unanticipated operational risks, potential value transfers which can lead to huge gains or losses when fallback clauses come into force, and considerable conduct risk that could result in reputational damage, fines, and lawsuits.”

Andrew Bailey, chief executive of the FCA, said in a speech in New York last week that markets in the risk-free alternatives to Libor are continuing to develop.

LIBOR: preparing for the end. Speech by Andrew Bailey, Chief Executive of the @TheFCA. https://t.co/hmtPQIRlib

The US has adopted the secured overnight financing rate, SOFR, as its risk free rate and Bailey said open interest in SOFR futures has grown to close to half a trillion dollars. The UK has chosen the sterling overnight index average, Sonia, and Bailey added that open interest in Sonia futures was £129bn ($161bn) by the end of last month from close to zero in April 2018. However Oliver Wyman noted these are only about 1% of Libor futures volumes.

In the swaps market, SOFR-referencing swap transactions are small but growing while the notional of outstanding cleared Sonia swaps is now more than £10 trillion.

“In the first six months of this year, Sonia accounted for a little over 45% of notional swaps trading in sterling,” added Bailey.

He said the growth in Sonia swaps volumes is particularly notable at longer maturities of more than two years. Bailey continued that Sonia is now the market norm for new issuance of sterling floating rate notes.

“Since the first new Sonia-referencing issue in a decade – just over a year ago in June 2018 – we have now had £28bn of new issuance referencing Sonia,” said Bailey. “Issuance of US dollar bonds referencing SOFR, is even more substantial, having reached $135bn by end-June.”

The first UK securitisation referencing Sonia was completed last December but two thirds of new public deals referenced Sonia in the second quarter of this year.

However Bailey continued that transition also involves converting old Libor contracts, which is hardest in bond markets as consent solicitations are required. 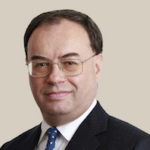 “But last month one UK issuer, Associated British Ports (ABP), proved it can be done,” said Bailey. “Both issuers and investors can benefit from conversion. The successful ABP consent solicitation sets a useful precedent and model that others can follow.”

However, he warned that the loans market is least advanced in transition and progress is needed in the year ahead.

The Loan Market Associations in Europe and the US are developing new standardised documentation for syndicated loans referencing overnight RFRs rather than forward-looking Libor term rates.

“Delivery of that documentation – and its use – will be key next steps in the transition,” said Bailey.

The transition to risk-free rates is a global challenge. It will only succeed if the authorities and market participants work together. Read more about progress in different jurisdictions here https://t.co/hNA58sPDXo

Paul Richards, head, market practice and regulatory policy at ICMA, said in the report: “As a result, new public issues of FRNs referencing sterling LIBOR maturing beyond the end of 2021 have all but ceased.”

ICMA also noted there is a significant volume of bonds with maturities beyond 2030, and some perpetual bonds that need to be converted.

“The use of consent solicitations to transition the whole of the legacy bond market – involving vanilla FRNs, covered bonds, capital securities and securitizations – would be a long, complex and expensive process and would not necessarily be successful,” added ICMA. “This is because individual bonds – which are freely transferable – are often held by many (eg several thousand) investors, and consent thresholds are generally high.”

Raja Khuri, BBH corporate banking credit analyst,  wrote on the bank’s On The Regs blog that many recently completed or amended transactions, and certain prior transactions, include flexible language that specifically allows for the determination of an alternative reference rate. However, there are also many syndicated facilities with Libor -based pricing that do not include these provisions.

“This lack of fallback language exposes lenders to undetermined or undeterminable interest rate risk if their facilities are not flexible enough to adopt an alternative rate,” Khuri added. “This would likely require multiple simultaneous amendments to any impacted facilities, posing a significant operational challenge to lenders.”

Khuri highlighted that SOFR is an overnight rate money market repo rate while the most widely used Libor rates in US dollars are 30-, 60- and 90-day rates. The analyst noted that Richard Sandor, founder of the Chicago Climate Exchange, launched the American Financial Exchange in 2015 partly to address the need for a suitable replacement benchmark rate. The AFX allows small banks to lend to and borrow from each other under mutual lines of credit overnight or for 30-day terms and has created its own benchmark, dubbed Ameribor.

“Ameribor has tracked at a seemingly consistent buffer above overnight Libor,” said Khuri. “It also reflects the unsecured interbank character that Libor is intended to represent.”

However, he also explained that the breadth of Ameribor’s sample will need to expand in order to serve as a true Libor replacement.

ICE, Libor’s current administrator, also intends to publish the ICE Bank Yield Index early next year. This benchmark will be a term rate and use transaction data reported to the Financial Industry Regulatory Authority submitted by 13 large, internationally active banks.

Khuri warned: “Despite a lack of definitive solutions as this deadline approaches, borrowers and lenders should not ignore the situation. The disappearance of one of the world’s most important interest rates will no doubt affect banks and companies alike.”