Mark Pumfrey, head of Europe, Middle East and Africa at Liquidnet, expects average daily fixed income liquidity at the institutional block trading platform to rise from $2bn (€1.8bn)  to $3bn in EMEA in the first quarter of next year. 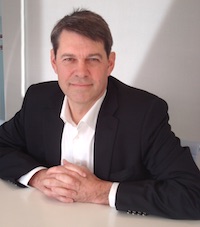 Liquidnet launched a fixed income dark pool in September last year and the firm said 215 asset managers have been actively using the pool where a total of $3.4bn of corporate bond trades have been executed.

Pumfrey told Markets Media that Liquidnet has 65 members in EMEA who currently provide $2bn of average daily fixed income liquidity in the region and this will significantly increase next year, causing trading volumes to rise.

“In the first quarter of next year we expect to reach 80 as more members come on board and sweep orders through order management system integrations,”added Pumfrey. “Average daily liquidity should increase to $3bn and we expect match rates will approach 5%.”

He continued that the challenge in building up liquidity is the time taken for OMS integrations and for asset managers to change their work processes.

“We have made progress in this area in the last two years,” said Pumfrey. “Our platform facilitates the buyside becoming price makers as well as price takers and that is a big psychological change. Data and real-time information are key requirements here.”

Liquidnet introduced Targeted Invitations for fixed income in the US in July this year and a month later in Europe allowing members to seek latent liquidity across its network. Half of those members who have sent invitations have seen an increase of 40% in matches and trades have risen by a third according to Pumfrey.

Targeted Invitations allow qualifying members of the dark pool to anonymously send invitations to trade to a select number of participants who recently had the opposite side of the sender’s order and to seek opposite liquidity in multiple bonds of the same issuer simultaneously. Liquidnet said the service was launched after a report from Tabb Group found that asset managers are increasingly adopting all-to-all and dark protocols in fixed income, especially in less liquid issues. The consultancy estimated that, over the next three to five years, between 5% and 10% of US and European corporate bond volume could be executed using dark protocols.

Pumfrey said: “We are looking at innovations around certain characteristics across a number of ISINs, sectors and maturities to develop the product further.”

The Desk’s Trading Intentions Survey 2016 found that the platforms currently most effective at sourcing liquidity were Bloomberg and MarketAxess as a close second, followed by Tradeweb, Algomi and then Liquidnet. The Desk said: “The ‘big three’, Bloomberg, MarketAxess and Tradeweb, have seen the level of business that investment managers run through them increase in either volume or importance to the buyside traders. One trader said, ‘Plenty of newcomers into this space delivering little that I see over and above the incumbents Bloomberg and MarketAxess for us.’” The  survey had 70 responses from North American, European and emerging market credit desks spread across 34 investment managers, with an aggregate of €15.4 trillion in assets under management.

Liquidnet, Algomi and Neptune were also first, second and third choice for the second year running as the platforms that traders plan to use. The Desk said: “Algomi, Liquidnet and Neptune had pipelines of 54%, 58% and 50% of respondents in 2015, which by 2016 has converted to user bases of 38%, 29% and 21% respectively, with several respondents reporting themselves as major users of Liquidnet (6%) and Neptune (3%).”

Seth Merrin, founder and chief executive of Liquidnet, said in a statement: “The fixed income market – which until now, has been a very manual marketplace – is ripe for innovation, and what we’ve built in these last twelve months is only just the beginning.”

European financial markets will be significantly changed by the MiFID II regulations which come into force at the beginning of 2018. MiFID II includes unbundling trading commissions and payments for research, in fixed income as well as equities; pre-trade and post-trade transparency and a greater focus on best execution.

“Transaction cost analysis in fixed income is still developing, and as data improves, obvious cost savings will become more apparent under greater analysis and could be fairly significant,” added Pumfrey.

This month the European Securities and Markets Authority issued a consultation paper, which closes on 5 December, on draft regulatory technical standards for the creation of a consolidated tape for non-equity instruments under MiFID II.

Steven Maijoor, chair of Esma, said in a statement: “The consolidated data tape for non-equity products for the EU will enable investors to make more informed choices.Having consolidated data available across multiple venues and borders also ensures the protection of investors regardless their location.”

Pumfrey said a consolidated tape would bring more transparency. He added:  “Regulators need to solve the conundrum of how this can be achieved without a mandate as less than perfect transparency suits some market participants.”

“At Liquidnet 95% of our volume is large-in-scale but at other dark venues this is just 5%,” he added. “There will be more industry collaborations as the key to success for venues under MiFID II will be allowing large orders to rest in a safe venue for a longer time in natural flow.”

For example, stock exchange operator Bats Europe said in August it was launching Bats LIS, a new block trading service for the European equity market, through licensing technology  from Bids Trading, the US block-trading ATS.

In equities, Liquidnet last month made two hires for its European Execution & Quantitative Services team as MiFID II will reshape the trading landscape for both venues and order types. The EQS group advises Liquidnet’s buyside members and institutional clients on algorithmic strategies, trade analytics, and quantitative products and services.

Pumfrey said volumes have quadrupled in the last 12 months in Liquidnet’s algo business and the EQS team will also focus on venue analysis and TCA.

He added: “2018 will be a big blank sheet of paper as nobody knows how many different types of venues will operate. Investors will turn to trusted platforms and we are one of these venues are in this position.”

In addition to MiFID II, Liquidnet has to plan for the impact of the UK’s vote to leave the European Union.

“After the Brexit vote we experienced high volumes as many members found they had the wrong positions and needed to trade in large size and on our venue they found,” Pumfrey said. “We did enormous business as they needed to find liquidity and the depth of liquidity which they required.”