The London Stock Exchange is changing trading on its International Order Book next month in order to bring it in line with its flagship SETS market and increase diversification of both issuers and sectors.

Companies from outside the UK list in London by issuing global depositary receipts which can be traded in the International Order Book.

Anastasia Kutsepalova, head of international business at the London Stock Exchange, told Markets Media: “The changes we are making will have a significant impact and we have already had positive feedback from the buy side, sell side and proprietary traders.” 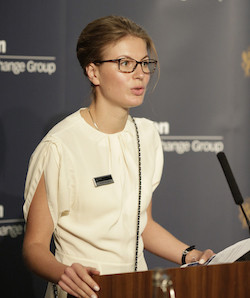 From 10 February trading will start 15 minutes earlier at 8 am, the same time as SETS, where companies in the FTSE 100 and FTSE 250 indexes are traded. The IOB’s closing price crossing session will also be extended by 15 minutes to 16:00.

Smaller tick sizes, equivalent to those used for the most liquid FTSE 100 securities, will be introduced for the six IOB securities which have an average daily order book turnover of more than $30m. In October settlement for the IOB will be cut by one day to T+2 cycle in line with wider European Union harmonisation.

The International Order Book was launched in 1998 and has listed 207 GDRs with issuers from more than 44 countries.

Russian issuers have traditionally dominated the IOB and the four IOB securities in the top 30 stocks traded by order book value traded last year on the LSE were all from Russia – Gazprom, Sberbank, Lukoil and Rosneft.

“Last year was very significant for the International Order Book with big flows from Asia,” Kutsepalova said. “Over the past 15 months Samsung, Hyundai and Reliance Industries have all increased their profile as diversification has increased.”

In November last year Wisdom Marine Lines, the Taiwanese bulk ship owner, becomes the tenth Asian company to list on the LSE in 2013. Kutsepalova said London had a geographical advantage as it sits in a timezone between Asia and the US.

Kutsepalova added: “In 2014 we expect to see more inflows from Asian countries including greater China and India as well as Russia. The first quarter has a full pipeline and the rest of the year looks pretty active after the great successes of last year.”