LSE-Refinitiv: It’s About the Data

London Stock Exchange Group is reportedly in advanced discussions to buy Refinitiv. According to the Financial Times, LSE could announce a purchase for all or most of Refinitiv as soon as next week.

If a deal happens, “it feels like another big step in the transformation of the exchange business,” said Kevin McPartland, head of market structure and technology research at Greenwich Associates. “The focus is increasingly on data as a product, in some ways more so than matching buyers and sellers. That is a huge change.”

“LSE is certainly well in on the data business already,” McPartland said. “But Refinitiv is a unique business with some interesting assets,  including Eikon and a number of connectivity products.”

Refinitiv’s FXAll trading platform is another asset that could fit with LSE nicely, as “there has been a long line of FX trading-platform acquisitions by exchanges over the last few years,” McPartland said.

At first blush, McPartland wouldn’t expect antitrust roadblocks to a LSE-Refinitiv combination, as “exchange businesses and data businesses are highly competitive all around,” he said. “There is competition both from other large global incumbents, and from startups.” 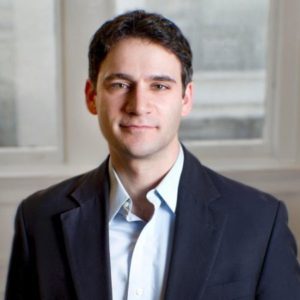 Spencer Mindlin, capital markets analyst at Aite Group, noted that data services is growing faster than than transaction services. With Refinitiv, LSE would leapfrog ICE by leveraging its suite of buy- and sell-side workflow solutions: Refinitiv still owns a bit more than half of Tradeweb, and it also has REDI and AlphaDesk in addition to Eikon and FXAll.

Mindlin sounded a cautionary note. “There are a lot of reasons why exchanges stay away from market-data distribution,” he said. Previous forays into the area “usually didn’t go very well,” Mindlin added, citing NYSE Euronext bailing on NYSE Technologies in 2015 as an example.

“Exchanges, at least in the US, have to shy away from getting into distribution because, by SEC regulation, they have to treat themselves like any other vendor,” Mindlin said. “Maybe ICE buying IDC changed that. But the SEC is all over the exchanges on this point. Conflicts of interest abound. LSE will now compete with its top content distributors and Refinitiv with its suppliers (other exchanges).”

Regarding the ongoing battle for supremacy on the financial-services desktop, Mindlin said: “LSE either believes in its ability to accelerate sales of Refinitiv’s suite of desktop products and increase its competitive threat to Bloomberg, or, it plans to increase investment into Refinitiv’s already strong enterprise data distribution business.”

Initial Twitter reaction to the M&A report was mixed.

@ft reporting that @LSEGplc in talks to buy / merge with @Refinitiv

Not sure what LSE is thinking here. There are many good reasons that exchanges have traditionally shied away from the market data distribution biz.

And why didn't they buy it from Thomson just 10 months ago when it was spun off?

Thomson Reuters shares jump to new all-time high as FT reports that the London Stock Exchange is in talks to combine with markets data provider Refinitiv, which $TRI owns a 45% stake in. https://t.co/9rlNjQUZKF pic.twitter.com/m05PweTacK