The Group Ticker Plant platform standardizes data from multiple sources into one single feed for clients, at no extra cost to the group’s standard data charge tariffs. The exchange group told Markets Media that the platform delivers data at a latency of less than 5 microseconds and this performance is maintained even during periods of high volatility and volume.

Chris Corrado, group chief operating officer said in a statement: “Group Ticker Plant is a flagship technology project for LSEG, developed by MillenniumIT, powered by FPGA and delivering significant improvements in performance for our customers.”

The London Stock Exchange Group published its latest annual report this week and said the Technology Services division had revenues of £80.6m ($114m) last year, a 22% increase from £66m in 2014. 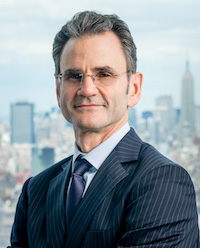 The report said: “Our Group Ticker Plant project which delivers a high-speed technology platform that provides a single, normalised real-time market data protocol for broadcast of market data from across the Group, regardless of asset class, trading platform or geography went live in February 2016.”

The Group Ticker Plant project was developed by MillenniumIT, the exchange technology provider, that the group acquired in 2009. The LSE migrated to MillenniumIT in 2012 and last year MillenniumIT delivered technology to financial sector firms from Canada, India, Morocco, Peru and South Africa.

The report said: “LSEG’s internal trading surveillance system has been significantly upgraded and will be in accordance with MiFID II regulation ahead of its proposed introduction. Turquoise in December, started to migrate to MillenniumIT Surveillance, as used by London Stock Exchange, and will replace an outsourced system.”

The annual report said that in 2016 the group will continue with the integration of FTSE Russell platforms following the acquisition of the index provider. It will also begin a multi-year project to integrate and consolidate the multiple post trade platforms at LCH.Clearnet, the clearing business, starting with migration of the cash equity clearing platforms to MillenniumIT technology.

The group is also participating with other financial institutions and large technology firms in working groups looking at the opportunities that blockchain, the distributed ledger technology, may be able to deliver.

“Other areas of potential development include cognitive technologies which could enable systems through analytics and surveillance to detect issues and rectify them without manual intervention,” said the annual report.

On Monday 21 March, the London Stock Exchange launched a new midday auction. The exchange said the first auction went smoothly with a random 30 second close and price monitoring extensions where required, of which there were two. In the first auction 61 members traded 500 stocks for a total volume of just under £11m.

The London Stock Exchange Group is currently in discussions with Germany’s Deutsche Börse about a potential all-share merger of equals which is subject to shareholder and regulatory approval. If the merger completes, the combined group would be a UK plc, domiciled in London. There has been speculation that ICE, the US exchange operator, will launch a rival bid for London Stock Exchange Group.