London Stock Exchange’s pan-European request for quote for cash equities is due to launch in the first quarter of next year, highlighting the increasing convergence in trading between asset classes since new regulations went live in the European Union.

Brian Schwieger, global head of equities, co-head equities, exchange-traded funds and fixed income, secondary markets at the LSE, told Markets Media: “Our technology to use RFQs in equities is ready and a number of brokers are working on their systems so we should see customers live and using the product in the first quarter of next year.”

He continued that asset managers have also expressed interest in the order type as new liquidity will be brought into the market, including through ETF market makers.

RFQs have traditionally been used in less liquid asset classes, such as fixed income, where the buy side sends an RFQ for prices to a number of dealers. The LSE’s new order type will be automated so that the RFQ automatically matches to the best price, making it compatible with electronic trading. The exchange is also introducing a central counterparty so market makers can reduce use of their balance sheet. 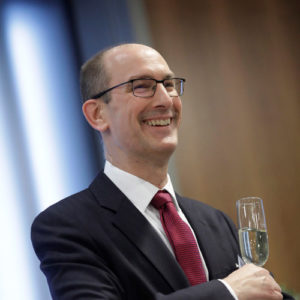 “Ultimately, in the long term, all asset classes will trade in a more standardised fashion which will allow economies of scale and reduce cost in the market,” added Schwieger.

MiFID II went live in the European Union at the start of this year and included fixed income in the best execution, transparency and trade reporting requirements for the first time.

“MiFID II will be increasingly applied to fixed income as more instruments will come under the umbrella of being liquid,” added Schwieger. “This will lead to greater transparency, as well as new ways of trading such as auctions and new crossing platforms.”

The LSE faces competition in using RFQs for cash equities. Agency broker Instinet was the first to launch an RFQ model in European cash equities with Blockmatch MTF in March this year. Tradeweb Markets, which provides electronic trading for fixed income, derivatives and ETFs,  and Plato Partnership have also announced a strategic partnership to deliver Tradeweb Plato ‘eBlock.’ Plato Partnership is the not-for-profit industry group representing asset managers and broker dealers which aims to improve market structure and achieve better results for end-investors.

Tim Cave, analyst at consultant Tabb Group, said in a report this year that many challenges need to be overcome for a widespread adoption of the RFQ protocol in cash equities.

“However, through well thought out designs and buy-side support it is likely to become an additive source of medium-sized block liquidity over time, displacing some traditional high-touch/voice trading,” Cave added. “RFQ’s regulatory palatability compared to certain other MiFID II venues may prove critical to its success. In the longer-term, it could become the buy-side’s entry point to a much bigger portion of the equity market, allowing them to take back greater control of their order flow.”

One of the aims of MiFID II was to boost volumes of equity trading on lit venues by introducing double volume caps on trading in dark pools.

“Lit volumes of equities trading on London Stock Exchange have increased by between 7% and 9% year-on-year while in the rest of Europe they have broadly remained flat,” said Schwieger.

However, MiFID II has also led to an increase in volumes of block trades and periodic auctions as there are waivers for large-in-scale (LIS) orders and trading in auctions. Last month the European Securities and Markets Authority issued a call for evidence on periodic auctions which last for very short periods of time during the trading day and are triggered by market participants, rather than the venue.

“Firms have not had a chance to research this data as there has been focus on other areas such as preparing for Brexit,” he added. “However, this data presents a huge opportunity and we expect firms to be making a lot more use of the data by the summer of next year.”

MiFID II also requires fund managers to either pay for research themselves or set up a research payment account, where the budget has been agreed with the client. Most asset managers have opted to absorb research costs, which has led to a drop in research budgets.

“Some regulators have expressed concerns about unbundling of research and there has been a recent consolidation amongst smaller UK brokers,” said Schwieger. “The combination of unbundling, the Central Securities Depositories Regulation (CSDR) and the Capital Requirements Regulation (CRR) means that some firms may focus more on liquid names.”

Mike Bellaro, chief executive of Plato Partnership, said in a statement that the organisation fully supports the MiFID II focus on improved transparency to the end investor.

“The need to separate the provision of research and execution has been under discussion since the Myners report in 2004,” he added. “As we as an industry adjust to the regulatory changes, the true value in research is also evolving as the introduction of technology in the research process is leading to necessary changes in the production and consumption of research.” 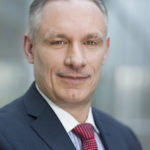 Bellaro continued that the argument that research unbundling will lead to a decline in the number of analysts covering certain instruments or limit a company’s ability to engage investors is one viewpoint in a complex debate that the industry needs to have.

“As industry participants seek to differentiate in today’s competitive asset management industry, new alternatives are beginning to emerge which will challenge the traditional provision of research and construction of investment ideas, and the emphasis on supplier differentiation and move to quality over quantity is now firmly underway” he added.

Rebecca Healey, head of EMEA market structure and strategy, at Liquidnet, said in a statement that maintaining the status quo with current research providers is no longer viable and the production and consumption of investment ideas will undergo wholesale change. She continued that research unbundling is just the first step in achieving significant efficiencies for the buy side.

“As it becomes the norm, firms are likely to start seeing significant benefits deriving from the data they have gathered,” she added. “Ability to track research providers, the type of research they provide and at what cost unlocks possibilities that weren’t previously available, all leading to an increased value for end-investors.”

Liquidnet, supported by Plato Partnership, conducted a new survey of more than 60 market participants, including 55 global buy-side firms which collectively represent $18.3 trillion of assets under management, to determine the impact of MiFID II on the research industry.

The study found that more than half, 53% of buy-side respondents have already implemented a global unbundling policy and one fifth will do so within the next five years due to investor demand. Healey said it unsurprising that unbundling has become a global phenomenon.

“Across the world there has been a growing demand from end-investors to be assured that they are getting value for money, and a need for greater transparency is a direct consequence of this,” she added.

The bulge bracket banks currently continue to dominate the top 10 research broker lists but the study found that change is underway. More than three quarters, 77%, of asset managers are using alternative sources of research to traditional written research and 59% of buy-side firms are now investing in quants and data scientists as execution of investment ideas moves from the sell-side to the buy-side.

“We’re already seeing asset managers marry traditional research with insight derived from data analytics,” added Healey. “That also means that sell-side services are not going to be used in the same way that they have been in the past, with buy-side firms only selecting services that truly add value.”