Long a niche tool for quantitative, program-driven trading desks, artificial intelligence is now creeping into the discussion of what adds value for institutional-investment front offices.

“We’re seeing the early stages of firms taking a more aggressive look at leveraging causal intelligence as a way to determine opportunities for trading and identify alpha,” said Josh Sutton, managing director at Publicis.Sapient. “Firms are looking at how they can be early-stage movers in identifying why things might happen before they do, by leveraging AI.”

To illustrate the utility of artificial intelligence — aka machine learning — for a buy-side firm, Sutton cited the recent volatility in commodity prices. Amid a tumultuous market, AI could map out a range of big-picture scenarios, pulling in the companies that may be affected and the pricing of their securities.

“What you effectively get is a portfolio of possibilities, with corresponding valuation analysis of both positive or negative against the actual marketplace,” Sutton said. “You can build risk-adjusted portfolios against that to react to pricing changes, based not on what has occurred but what is likely to occur in the future.”

Most institutional traders have a general awareness of artificial intelligence and the fact that it has some application in financial services, but when it comes to adding it to the trading toolbox, it’s no further than the exploratory stage.

One jump AI needs to make — in perception if not in reality — is porting its capability from just the programmatic, pattern-driven realm of high-frequency trading, into a more human-driven environment where a trade order might be a trinity decision of the portfolio manager, analyst and trader.

“It seems to me that AI trading would give good buy/sell signals when patterns are repeated in a similar fashion over time, as opposed to when a trader picks and chooses spots where to buy or sell depending on what they are attempting to accomplish,” said Stuart George, head of equity trading at Delaware Investments, which manages $155 billion. 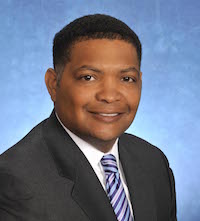 George sees high-frequency and quantitative trading, as well as trading in exchange-traded funds, as potentially fertile ground for artificial intelligence. “Those types of traders trade off of the information of others, whether one speaks of the forced buying or selling of the underlying components of an ETF, or whether one is speaking of quant traders whose trades are not connected to fundamental movements of the companies being traded,” George said.

“Within the fundamental institutional world of traders, of which I belong, we are trading for portfolio managers who are attempting to build portfolios that are expected to perform in relation to the fundamental makeup of the portfolio’s constituent companies,” George continued. “We trade in relation to cash flows in and out of our funds (which cannot be forecast), but mainly we trade to build our portfolios in the mold that the portfolio managers envision – and in my mind that type of trading cannot be patterned.”

Added George, “we don’t have a particular pattern of how we trade as far as I can tell. Each trade is taken on its own merits and any pattern that is perceived should not repeat itself day after day.”

In a sign that AI is gaining some traction on Wall Street, in November 2014 Goldman Sachs led a $15 million investment round in Kensho, and entered into a strategic partnership to use Kensho’s real-time statistical computing and analytics technology across the firm.

The idea is for Goldman’s client-facing teams to tap into Kensho’s analytics platform to help clients — in Kensho’s words — “achieve speed, scale, and automation of previously human-intensive knowledge work.” For example, a perceived geopolitical risk could be analyzed for which assets could be affected globally.

“One challenge for a lot of organizations is being able to leverage semantic structures to search through data,” said Sapient’s Sutton. “People have a plethora of data, reports and information, but most firms do not have an effective, systematic method to search through that cleanly and apply a basic level of common sense.”

“Firms are trying to move in this direction, but very few have successfully built or implemented something yet that enables that,” Sutton continued. “That’s why you’re seeing Kensho, which has a good solution but not necessarily a perfect solution that’s always right, being well-received in the marketplace. They’re a step ahead of where others are at.”

Added Sutton, “AI is an area that is within a five-year timeframe of being a big part of a number of institutional trading desks. It will apply a level of science and a rigor to qualitative decision-making processes that don’t exist today.”