Machine-based learning is being incorporated into investment strategies to make predictions using a multitude of variables from stock prices to global economic developments.

Rebellion Research, a New York-based hedge fund, has used an artificial intelligence based stock strategy to manage money for itself and its clients since 2007.

“The genesis of this technology was my desire to develop a way to monitor fundamental pricing data as well as economics,” said Alexander Fleiss, chief investment officer at Rebellion Research. “Most investors ignore price movement, and most importantly, ignore economics, which was evidenced in 2008.

The ability to incorporate fundamental and economics allows you to be versatile and robust over time, and survive market cycles, as value will go into or out of favor, growth defensive strategies, etc.”

Fleiss, a former fundamental stock analyst, funded the research of his partner, Spencer Greenberg, a mathematician who did all the research on machine learning technology. “The initial technology was developed over a two-year period,” he said. “Over the past seven years, we have further refined and improved on our technology, and have worked to make its predictions more consistent, and take more risk out of predictions.” 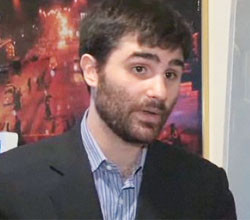 When the company launched, it was taking in data on 15 countries; it’s now looking at 44. It made an early prediction on Greece in September 2009, a month before the major ratings agencies issued a downgrade.

“With machine learning covering daily data, you have the ability to monitor and analyze data within a 24 hour period,” Fleiss said. “Instead of a human analyzing data, we monitor and analyze every 24 hours on a global scale, which was one of the reasons we were correct in predicting the U.S. financial crisis. We were negative on the U.S. real estate market in April 2007. We were negative until 2011, when we first started making real estate acquisitions. In 2012, we told clients that U.S. real estate was the top-ranked risk versus return asset class in the world.”

With the widespread availability of high-speed desktop computers, an alternative approach to trading system development has become feasible.

“Predictive modeling employs mathematically sophisticated software to examine indicators derived from historical data such as price, volume, and open interest, with the goal of discovering repeatable patterns that have predictive power,” said David Aronson, co-designer of TSSB (Trading System Synthesis and Boosting), a software platform for the automated development of predictive model-based trading systems, in a blog posting.

Intelligent modeling software utilizing machine learning can discover patterns that are so complex or buried under random noise that no human could ever see them.

“Once a predictive model trading system is developed, it is usually easy to tweak its operation to adjust the risk/reward ratio to suit applications ranging across a wide spectrum,” said Aronson. “Well-designed software allows the developer to adjust the degree of automation employed in the discovery of trading systems.”

At Rebellion Research, machine learning decides what to trade and how to optimize the portfolio. “There’s no human intervention,” Fleiss said. “It doesn’t trade over 4% of daily volume of any given issue, so it makes conservative trades.’

Rebellion has two strategies: a global equity strategy which trades 120 stocks, and a global asset strategy which is an absolute return strategy that delivers returns by predicting economic movements that are correlated.

The actual trades are executed through a broker. “We don’t do trade automation,” said Fleiss. “We trade algorithmically throughout the day, but every trade is delivered to the broker. That’s part of our risk profile. As CIO, my most important responsibility is to check the AI’s logic for a given investment.”