Average daily trading volumes at Bursa Malaysia doubled after the launch of a partnership with CME Group and could receive a similar boost if regulators approve direct market access for US investors.

Bursa Malaysia entered into a strategic partnership with CME Group in 2009 which allowed all of its derivatives to be traded globally on CME’s Globex platform. Between 2010 and March 2014, the average daily volume of derivatives on the Bursa Malaysia increased 102% which the exchange said was mainly from increased participation from foreign institutions.

Azila Abdul Aziz, chief executive and head of listed derivatives for Kenanga Deutsche Futures, a Malaysian broker, told Markets Media that before the CME deal, derivatives trading was only by voice but electronic volumes have now reached 69%. 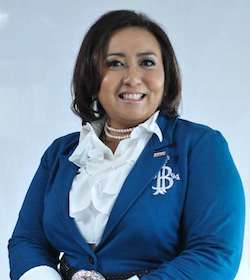 She said: “The partnership with CME allowed products to trade on Globex which gives visibility and eliminates concerns over protocols. Electronic access has enabled us to reach out and knock on doors.”

Last year the broker extended its outreach initiatives to include Russia, Korea and the US.The Malaysian exchange offers derivatives in commodities, interest rates and financial futures, single stock futures and equity indices but volumes are dominated by the crude palm oil futures and futures based on the FTSE Kuala Lumpur Composite Index.

As part of the CME deal, the Chicago-based exchange operator took a 25% stake in Bursa Malaysia Derivatives, Bursa Malaysia group. In March this year Phupinder Gill, chief executive of the CME Group, told The Malaysian Reserve newspaper that the US exchange did not intend to increase its stake in the Malaysian derivatives business. Gill said he was confident that no other exchanges could take away Malaysia’s share of the palm oil market.

In March the Malaysian exchange also announced plans to launch a US dollar-denominated futures contract for refined palm olein. Aziz said: “The new contract is aimed at attracting Chinese clients who are the main buyers of palm oil.”

In addition to the palm oil contracts, volumes come from the futures contract based on the FTSE Kuala Lumpur Composite Index which Aziz said is the only way to currently hedge a Malaysian portfolio.

In 2011 the Commodity Futures Trading Commission allowed the stock index future to be sold in the US. However US clients do not have direct market access to the Malaysian exchange as approval is still pending from the CFTC. US investors currently have to get access to the Malaysian exchange via an overseas broker who is authorised to have direct access.

“Our listed derivatives market is adolescent and we need to reach out further to domestic and international investors,” added Aziz.

She said that over the next year the priorities for Kenanga Deutsche Futures will be to earn more revenues and encourage domestic players to trade futures. “Regional expansion is on the cards,” added Aziz.

The broker said it accounted for about 16% of execution market share on the Malaysian exchange last year and grew volumes 31.27% year-on-year to 3.46 million contracts.