Joseph Muscat, president of Malta, told the United Nations General Assembly that the island has become the first jurisdiction to legislate for blockchain as cryptocurrencies are the inevitable future of money.

Muscat said in a speech at the UN last week: “Blockchain makes cryptocurrencies, the inevitable future of money, more transparent since it helps filter good business from bad business.”

He continued that distributed ledger technologies can do much more, including making corporations more accountable to their shareholders and enabling an environment where citizens trust the handling of their data. 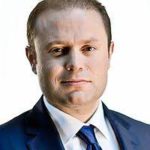 “Which is why, in Malta, we have launched ourselves as the Blockchain Island by being the first jurisdiction to regularise a new technology that previously existed in a legal vacuum,” Muscat added.

Law firm Hogan Lovells said in a blog that Malta is one of the countries taking the lead in regulating cryptocurrencies and has positioned itself as a blockchain trailblazer. Hogan Lovells added that Malta has issued three blockchain bills, even though implementation of one act has been delayed.

The Innovative Technology Arrangements and Services Act regulates designated innovative technology arrangements and services referred to in the act and the Malta Digital Innovation Authority Act establishes the body which will promote and regulate technology innovation, including blockchain, according to the blog.

Hogan Lovells: “This made Malta the first country in the world to provide official regulations in this space.”

The Malta Financial Services Authority said in a statement last week that a number of companies operating in the virtual financial assets sector are interested in investing and establishing their operations in Malta following the new legislation. 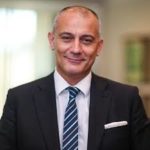 Joseph Cuschieri, chief executive of the MFSA, said in a statement: “Fintech is going to revolutionise the way financial services are offered and delivered to end users. This brings with it opportunities and challenges for the industry and the MFSA.”

However the MFSA has been criticised by the European Union and was investigated by the European Banking Authority. Last month the EBA said in a statement that it found no breach of EU law by the Maltese regulator but made recommendations to improve supervision of Malta’s financial services industry, especially on anti-money laundering supervision.

The Maltese regulator said in a statement: “The MFSA looks forward to future collaboration with the EBA, as well as other supervisory bodies in the EU, to improve anti-money laundering supervision and ensure a strong AML environment within Malta and across the EU. Money laundering in Europe is a reality which cannot be dismissed and the increased sophistication of financial crime requires ongoing improvement in supervisory practices and approaches across Europe.”