In today’s high-speed electronic markets, real-time data is essential for traders and investors, and it’s generally accepted that access to such data should be fair.

However there is skepticism that this holds true in Canada, where data costs have been shown to be almost 50% higher than in the U.S.

“Market data is more expensive in Canada relative to the amount of trading as compared with other markets,” said Torstein Braaten, chief executive and chief compliance officer at TriAct Canada, a dark pool with 2% market share by volume and 3% market share by value. “We’re clearly more expensive because we’re a smaller market and don’t have the scale that the U.S. has.” 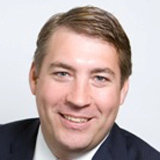 Canadian securities regulators have made market data a centerpiece of equity market reforms. In a consultation paper, 21-401, issued last November, the Canadian Securities Administrators said that the cost of consolidated data in Canada is higher than the U.S. relative to trading activity.

The consultation paper acknowledged that data fees charged by U.S. and Canadian marketplaces should be closer, but differences in the regulatory environment, industry structure, scale and size of the two markets may explain the cost differential and may make such an outcome unrealistic.

“The entire Street agrees with the perception that market data is expensive in Canada,” said Sean Debotte, director of business development at Omega ATS, a Canadian alternative trading venue. “It adds a huge overhead cost in terms of having to connect to multiple marketplaces that charge individual data fees. It needs to be drastically reduced to incent dealers to focus on the benefits of a fragmented market.”

The consultation paper also said that market data fees charged by Toronto Stock Exchange (TSX) and TSX Venture, which are both operated by TMX Group, do not appear unreasonable in relation to their share of trading activity, but this view is being challenged by some market participants.

“It would appear that the OSC [Ontario Securities Commission] is leaning towards determining data pricing for the ATSs based on TSX pricing, with the assumption that TSX pricing is currently fair,” said Doug Clark, managing director at ITG Canada, a supplier of electronic trading services, in a comment letter. “We would suggest that TSX pricing is in fact inflated.”

Clark said that depth of book Canadian marketplace data costs $279.35 per month, or in excess of 48% more than U.S. data, even before normalizing for the volume and value traded in each market.

TMX Group, in its comment letter to the consultation paper, said that it has simplified its data fee structure and significantly reduced its fees for top of book data up to 30% since 2008 through technology and processes developed to operate the TMX Information Processor, which provides a single point of access for data for all trading venues operating in Canada.

Canada Versus U.S.
Trading in the U.S. is subject to a best execution requirement that is similar to that in Canada. U.S. trading is also subject to an order protection rule, but unlike Canada’s depth of book obligation, the U.S. requirement only applies to top of book orders.

Canada’s order protection rule, which was enacted in 2011, requires that every order receive the best price visible at the time it’s sent—i.e. if there is a better price available at a different venue that venue has to route the order away to obtain the best price.

“All the lit markets are subject to the order protection rule, which means that as a broker you are required to have access to all market data,” said Braaten. “There’s huge pressure on brokers to provide market data to clients.”

Prior to the Order Protection Rule, the Investment Industry Regulatory Organization of Canada, the national self-regulatory organization which oversees all investment dealers and trading activity on debt and equity marketplaces in Canada, had in place a ‘best price’ rule which required broker-dealers to use reasonable efforts to obtain the best price available for their trades.

The Canadian Securities Administrators, which implemented the order protection rule, said that because it only applied to dealers, the best price rule resulted in different requirements for dealers and non-dealers who are subscribers of ATSs. In addition, the best price rule did not provide the necessary infrastructure to effectively prevent trade-throughs.

TriAct Canada, though, does not charge subscribers for market data. “We use TMX Datalinx to be distributors of our market data,” said Braaten at TriAct Canada. “They charge connection fees but we don’t have any subscriber charges. As a dark pool, we’re not subject to the order protection rule, but we favor transparency in order to further liquidity and price improvement.”

One option proposed in the 21-401 consultation paper is to cap data fees charged by a marketplace until it meets a de minimus threshold, based on market share or some other metric.

If a marketplace falls below the de minimus threshold, its market data fees would be subject to the cap until the marketplace moves above the threshold.

Omega ATS, in its comment letter, argued against the de minimus cap. “The problem is not how little data is produced by a marketplace, but how expensive it is,” it said. “For some members of the trading community who still long for the good old days of monopoly and quarter to half spreads, the existence of small players in the market is seen as a nuisance.”