Positioned at the intersection of capital markets and technology, GTS labels itself as “an integrated trading and technology firm that combines market expertise developed in the exchange pits with industry-best software and network solutions.”

The parent company, GTS, is an exchange market-maker in thousands of US equities and ETF securities. “Our trading experience across many market regimes and investment in technology help us produce competitive prices for the instruments we trade,” Rubenstein told Markets Media. 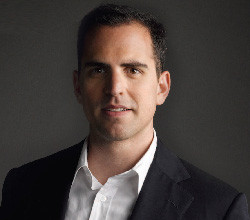 Microwave technology is an efficient and innovative method of delivering critical market data near the speed of light, and at the same time, brings fairness, reliability, and ease-of-use to the increasingly complex modern marketplace, according to Rubenstein.

“It’s a holistically positive technology that democratizes access to a way of moving this critical market information,” he said. “We have a network between Chicago, where the derivatives markets are, and New Jersey, where the cash markets are, in a variety of different instruments, and this will allow an exchange or customers of StrikeNet to move data between those locations.”

Exchanges are now as much about market data businesses and data networks as they are about trading venues. “That’s a big part of their revenue.” Rubenstein said. “They’re forced to make sure that they’re using the best technology so that their clients are going to be utilizing the best possible network and now microwave technology is becoming ubiquitous to accomplish those things.”

The microwave network will be managed by TMX Atrium, TMX Group’s global marketplace infrastructure provider. “We are excited to be offering a broadly-available commercial service that will provide a fast, reliable and cost-effective microwave solution for all market participants,” said Eric Sinclair, president, TMX Datalinx. “The TMX Atrium solution will benefit clients interested in Canada-U.S. cross-border market connectivity.”

“Upon closing of this transaction, TMX is going to be the first major North American exchange to own and operate microwave technology,” said Rubenstein. “It’s a game changer. It’s a milestone that supports our belief that every investor should have equal access to the fastest and most accurate data. Traditionally, these new microwave networks were owned proprietarily by businesses. Now that it’s going to be part of an exchange offering, a regulated vehicle.”