Konstantinos Botopoulos, chairman of Market Integrity Standing Committee and member of the management board of the European Securities and Markets Authority, said it is practical to delay the MiFID II regulations which are due to go live in January 2017.

Botopoulos spoke Nov. 10 on a panel on regulation at the Markets Media Fixed Income summit in London. He said: “It is practical to delay MiFID II as there is not enough time to finalize the Level II legislation and set up the IT infrastructure early in 2016.”

He explained that Esma has agreed to provide a central facility for instrument and trading data from 27 of 28 member states and it will be almost impossible to set up this hub in time for implementation in January 2017, since some of the participants have only recently come on board. The central data hub will cost around €6m to implement and €1m per year for maintenance added Botopoulos.

“However Esma is not a legislator so we will advise the Commission that a one-year deferral is needed,” he said.

This week Esma released a letter sent by chairman Steven Maijoor last month to Olivier Guersent, director general financial stability, financial services and capital markets union at the European Commission, on whether it was feasible to be ready for the MiFID II go-live date January 2017.

Maijoor said: “After discussing this at length with national competent authorities, we came to the conclusion that a number of technically complex elements envisaged in MiFID will not be operational by the time that MiFID II will become applicable This affects mainly the availability of reference data, the new transaction reporting system, those elements of the transparency regime depending on reference data and the position reporting for commodity derivatives.” 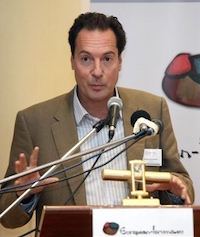 Botopoulos said it is imperative to get a new date for MiFID II as soon as possible. “The Parliament and Council will be called to vote on only changing the implementation date and not the text of the regulation,” he added.

“The Investment Association asked for a one-year delay to MiFID II in September,” said Singh-Muchelle. “The regulations are challenging to implement, especially with regard to fixed income transparency and data. If there is a one-year delay then other regulations such as Market Abuse may have to be subsequently postponed.”

One of the reasons that Esma needs the central hub is to provide data for the detailed rules, in particular, the definition of liquid bonds. This is important as trades in liquid bonds will to meet certain pre-trade and post-trade transparency requirements.

Singh-Muchelle said: “The Investment Association supported the COFIA approach for bond liquidity after data crunched by Trax and supported by us in August found that newly issued corporate bonds larger than €1bn in the first two weeks of trading led to the least amount of false positives of 10%.”

Esma’s proposed issue size of more than €500m, for up five and a half months after the issue date, leads to 25% false positives according to Singh-Muchelle.

Stu Taylor, chief executive of Algomi, the network for matching bond buyers and sellers, said on the panel that the proposed MiFID II liquidity classifications could have an adverse market impact.

“However as a vendor we see opportunities to help both buy-side and sell-side dealing desks as they now need to know exceptions on a per-issue basis whether a bond is liquid and reportable and we are working to provide a solution,” added Taylor.