Market structure has been dramatically affected by the advent of automated trading, dark pools, and other off-exchange trading venues. The Securities and Exchange Commission is using technology to obtain information about the current market structure to guide its own policies and to inform the public.

In 2013, the SEC launched its internal Market Information Data Analytics System (MIDAS), which for the first time provided the SEC with data about every displayed order posted on national exchanges. Later in the year, it opened a new website to publicly share evolving data, research, and analysis as the agency continues its review of the equity of market structure.

The data and related observations address the nature and quality of displayed liquidity across the full range of U.S.-listed equities – from the lifetime of quotes and the speed of the market to the nature of order cancellations.

“We’ve taken a stance toward being an open platform as far as sharing our ideas and technologies, to help regulators better formulate policy,” said Mani Mahjouri, chief strategist and chief investment officer at Tradeworx. “Current microstructure is incredibly complex.” 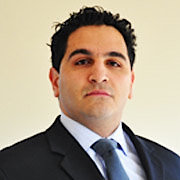 Part of the reason for that is Regulation NMS (National Market Structure), which prevents a trading venue from ignoring, or “trading through,” a better price posted on another trading venue, provided that the quote is accessible electronically. “It has made the market better for all participants, particularly the end users, but it has also led to a tremendous amount of complexity in the trading paradigm,” said Mahjouri. “Now that we have all this data, the next generation of policies can be used to inform more data-driven policy decisions. If you have the right data and the tools to analyze the data, you are well informed about whether an idea will work or not.”

The SEC in 2010 issued a concept release on equity market structure, but since then there has occurred the ‘flash crash’ of May 2010, and assorted trading system snafus involving Knight Capital and others. In the meantime, the number of equity trading venues continues to increase, with upwards of 45 venues in the United States alone, which is challenging Wall Street firms that have an obligation to provide best execution for their clients.

“There’s a fair amount of fragmentation and a lot of order types, so there’s a lot of things that require programming,” said Phil Mackintosh, global head of trading strategy at Credit Suisse. “The market is definitely complex, but the flip side is that algos are complex as well. So computers have changed the way we trade, and they’ve enables us to make more complex markets. The question is finding the ideal market structure. There’s not a lot of clarity from regulators.”

Every day, MIDAS collects one billion records time-stamped to the microsecond. The information comes from the consolidated tapes and proprietary feeds of each exchange and includes posted orders and quotes, modifications and cancellations, and trade executions both on- and off-exchange.

The SEC’s website allows users to explore key market metrics and trends based on aggregate analyses of tens of billions of MIDAS records over the last year. With the click of a mouse, results are available in clear, easy-to-read charts and graphs.

Among the MIDAS-collected data that is generally unavailable on the public consolidated tape that the SEC’s new website making available broadly are ratios related to the number and volume of orders that are canceled instead of traded; percentage of on-exchange trades and volume that are not disseminated on the public tape (odd-lot trades); percentage of on-exchange trades and volume that are the result of hidden orders; and quarterly distributions analyzing the lifetime of quotes ranging from one millionth of a second to one day.