“There has been a real compression of market makers,” said Joy Rosenstein, head of equity options product management at Fidessa. “New exchanges add to the cost of connecting to the different venues. That also adds risk, because now you’re not quoting on three venues, you’re quoting on (soon to be) fourteen.”

The U.S. options exchange field is expected to be at 14 by year-end, after new bourses operated by International Securities Exchange and Bats Global Markets launch. That’s double the number of exchanges that matched options trades just six years ago.

The burgeoning field of venues increases the likelihood of a trade going awry, which in turn has instilled a measure of reticence among traders. “If you get hit on one quote, there’s not necessarily time to move your quote on a different exchange,” Rosenstein told Markets Media. “I think that’s why we’ve seen people post less liquidity.”

Speakers at last week’s Security Traders Association Market Structure Conference in Washington, D.C. noted a prevailing headwind for options market participants: increasing volatility  amid largely flat volumes. Daily volume in exchange-listed options averaged 16.6 million contracts in the first nine months of 2015, down 0.17% from the year-earlier period, according to OCC; trading declined in 2012 from a record 2011 and has been little changed since.

“To the extent that market makers need to be represented on exchanges at reasonable size, (the increasing number of exchanges) can be a problem,” said Steve Crutchfield, head of options markets at IntercontinentalExchange’s NYSE Group, which operates the Amex and Arca exchanges. 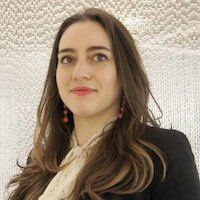 According to Crutchfield, the end result is that a smaller proportion of trades execute at the quoted price, which means end-user, buy-side investors — the most coveted demographic in the options space — face more difficulty in getting their desired execution.

Denis Medvedsek, managing director at Two Sigma Securities, noted that options volumes have held up well compared with equities, but market making is a business of scale and as such options market makers face challenges.

Exchange fragmentation “is a side effect of a healthy market, not a problem that needs to be solved,” Medvedsek said at the STA conference. Medvedsek was also constructive regarding market complexity, a bogeyman of some. “Solutions involve some level of complexity,” he said.

For options traders, one solution in a liquidity-challenged market is more hands-on management of order sizes.

“There is more push to break up orders, or stitch them together,” said Rosenstein of Fidessa. “If (brokers) receive a spread from their client, they want to be able to break it up to be able to get the liquidity in the lit market. Alternatively, they do the reverse, which is receive single orders and then trade that as a spread to see if they can capture any liquidity in the spread book.”

“There’s a certain flexibility of being able to decompose or compose back orders,” she continued. “That is really a big ask from the different desks that we talk to, and it just goes back to being able to find the best way of trading an order and being able to capture the liquidity for that client.”

Regulation and compliance are other themes with growing footprints in options markets. At the STA conference, speakers cited a legislative proposal to add a tax to options trading, and a Department of Labor proposal to restrict options trading in Individual Retirement Accounts.

Even if those proposals don’t move forward, there are plenty of rules for options traders to stay on top of.

“Options desks are getting more conscious about compliance – if not the desk, the firm itself,” Rosenstein said. “There’s a greater awareness that you need to have an overall compliance solution when trading. Compliance is something that people are already very aware of on the equity side. It’s now coming to options.”