Chris Concannon, president and chief operating officer of MarketAxess, said streaming liquidity has a place in the corporate bond market as the electronic fixed income venue provider acquired LiquidityEdge, an electronic venue for trading US Treasuries.

Concannon told Markets Media: “While we were developing our net hedging solution with LiquidityEdge as a client, we learned about their ability to customise liquidity pools which led to discussions on trading rates and eventually the acquisition.”

We're excited about the opportunity ahead of us with @LiquidityEdge and the addition of US Treasury trading on our trading platform. #OnwardTogether https://t.co/tY8ZBvbkmj

When investors trade corporate bonds, the spread is not always spotted against the corresponding Treasury rate at the same time. There can be a time delay between executing the corporate bond and Treasury trade, leading to risk that the price may move and increase the cost of execution.

“The hedging solution will launch in the fourth quarter allowing clients to seamlessly transact their corporate bond trade and Treasury hedge at the same time” added Concannon. “This is the first step in the integration of LiquidityEdge.”

LiquidityEdge was established in 2015 to offer a bespoke electronic trading ecosystem for US treasuries.

“As a result, every consumer has their own custom order book,” she added. “They get connected to the appropriate liquidity provider and have the best experience in a relationship-based bespoke electronic model.”

“That tremendous growth is made possible by our cutting-edge approach to liquidity management and superior technology solutions, something also shared by MarketAxess,” she said.

Greenwich Associates said in a report in June that more than 60% of trading in the US Treasury market is transacted via electronic trading venues.

Kevin McPartland, head of market structure and technology research at Greenwich, said in the report that the central limit order book market continues to serve as the benchmark price for the entire market while request for quote trading has evolved to allow further automation of the entire process. However direct, continuous bilateral pricing streams is gaining share.

“Accounting for 7.6% of volume in May 2019 up from virtually zero only 5 years ago, direct streaming allows everyone – dealers, electronic market makers and the buy side – to get much (if not all) of what they get from CLOB and RFQ markets in one place,” said McPartland. “Among the early movers are Dealerweb, part of Tradeweb, as well as startups LiquidityEdge and Fenics, part of BGC Partners.”

McPartland continued that if clients could aggregate liquidity from the CLOB markets with their direct streams they would receive a more complete picture of market liquidity.

The study said platforms are particularly suited to facilitate the distribution and aggregation of direct streams due to their network.

“If the virtual top of book price/size created by aggregating streams is shown alongside responses to an RFQ, the requestor could then chose to trade with the pricing stream rather than the RFQ counterparties if the price is better, “added McPartland.

He predicted that if experience, or transaction cost analysis, demonstrates the streams are consistently better, then behavior will change. 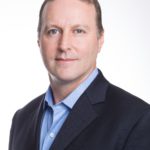 Concannon said: “The world is evolving and streaming liquidity is aggressively taking share in the rates space. Streaming also has an application in the corporate bond world – our upcoming live order book, Live Markets, shares some of these protocol features.”

Greenwich predicts that trading using direct streams will grow in the coming years, but it does not expect it (or any other protocols) to completely take over.

“The US Treasury market has a particularly diverse group of participants with varying needs, trading styles and expected outcomes,” added the report. “While most of those do not want liquidity to fragment across many platforms adding complexity, they do want access to multiple trading protocols so they can use the one best suited for the specific situation.”