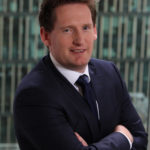 “This can continue as we push onshore and there is greater adoption of electronic trading,” he added. “Given the global regulatory landscape, there could be a similar kicker to growth as we have seen in credit in Europe in the last few years which was a function of MiFID II.”

MiFID II regulations came into force in the European Union at the start of last year and mandated best execution and reporting requirements in fixed income for the first time.

McLeod continued that MarketAxess is seeing adoption of electronic trading across emerging markets, which is being supported by regulators.

“In both Mexico and Brazil, regulators are encouraging electronic trading and Singapore is focused on best execution in foreign exchange markets which will likely spill over to fixed income,” he said.

This month MarketAxess reported that a record $131bn (€118bn) of emerging markets debt was traded on its platform, up 51% year-on-year. The number of active emerging markets participants reached a high of 1,135 firms in the past 12 months, 12% more than in the prior year.

“We are well-positioned in Asia and Latin America after putting more recent focus on building the onshore client base in those regions,” added McLeod.

MarketAxess covers 26 local emerging market currencies and aims to extend trading along the yield curve. McLeod added there is also some investor interest in frontier markets.

In its third quarter results MarketAxess highlighted that local currency trading grew strongly in Asian currencies to a record $7.4bn, up 154% on the third quarter of last year.

Electronic trading is connecting global bond markets, particularly in Emerging Markets, as Greenwich highlights in their research. Record volumes of #EM and Asia local currency debt were traded on our platform this quarter! #fixedincome https://t.co/whFj2FFnzN pic.twitter.com/jm6c1O47Ke

McLeod said: “In Asia, where regional dealers and local investors dominate their home markets, our technology is allowing them to extend their reach across the region and create new trading opportunities.”

Consultancy Greenwich Associates said in a report that there has been a clear acceleration of electronic bond trading in the region in the last three years due to uptake by regional banks.

Greenwich said regulatory and operational barriers in the region make it difficult for Asian banks to grow beyond their own borders. “Increasingly, therefore, they are looking to electronic platforms to help them build regional scale,” added the report.

“Across Asia, regional dealer share rose from 60% to 82% in local currency corporates, from 42% to 60% in sovereigns and overall from 47% to 66%,” said Greenwich. “Regional dealers are a powerful force in local markets.”

Ken Monahan, vice president, market structure and technology at Greenwich wrote in the study that Asia’s regional dealers are more aggressive in using electronic trading platforms that peers in other regions.

McLeod continued that balance sheets in emerging market credit have shifted to regional dealers and Open Trading allows global asset managers to go straight to the bond holders. Open Trading, MarketAxess’ all-to-all trading protocol, allows multiple parties in a network to come together to trade, rather than the traditional model of only banks supplying liquidity to the buy side.

“Two years ago, Open Trading was 20% of EM hard currency activity and has grown to over 30% today,” added McLeod. 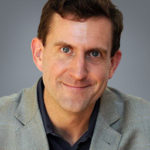 “These Asian regional dealers that are Open Trading-only users account for 33% of the platform’s volume in Asia, a figure that is growing,” added the report. “As such, all-to-all trading is playing a unique role in Asia.”

McLeod agreed. He continued: “Regional banks in Asia do not have the salesforce to manage global distribution so Open Trading allows them to increase connections to many investors and clear risk more efficiently.”

Greenwich added that Bloomberg and Tradeweb also compete in Asia. “Bloomberg has a wide reach and, along with Tradeweb, has connections to Chinese markets through BondConnect,” said the report.

In addition to the growth in all-to-all trading, MarketAxess has seen the expansion of block trading using the “Request for Market” (RFM) trading protocol in emerging markets. Investors trading emerging market local currency bonds can use an RFM inquiry and receive two-way pricing, which allows them to trade in larger size.

More than $9.3bn was traded via the RFM protocol in the third quarter of this year, up 141% from the same period last year.

EM session at #FILS – Craig McLeod @MarketAxess talking rapid change in liquidity in EM bonds – half of buy side audience polled now doing 20-30% of EM trading electronically, with another third doing more than that. Fragmentation both challenge and friend in shift to e-trading

McLeod said RFM for block trading has grown 150% in Asia.

“The average size of a block trade in local markets is $8m but the use of RFM has led to trades as large as $60m in Asia and $260m in Latin America,” he added. “Clients and dealers benefit from the protocol as there is no information disclosure and thus see additional liquidity and improved execution quality.”

He expects further growth in block trading and explained that another opportunity is that clients are asking for data that provides insight into the trading process to optimise execution outcomes.

“We also want to thoughtfully increase market transparency,” McLeod added. “The US has TRACE and our Trax data could provide similar data in emerging markets.”

For the last 17 years, MarketAxess has hosted an Annual Emerging Markets Charity Trading Day, raising nearly $1.7m. MarketAxess will donate up to $300,000 from emerging market trading revenue from yesterday, October 23, to this cause.