MarketAxess, which provides electronic trading for global credit products, has a logo incorporating crossroads and Christophe Roupie, head of Europe and Asia, expects 2019 to be a transformative year for early adopters of technology.

Roupie told Markets Media: “Banks are investing in algos and auto-execution technology to be more responsive as we saw in equities and foreign exchange markets. Expanding the ability to auto-execute or auto-quote has increased participation on the platform.”

MarketAxess had record total trading volume of $465bn, up 17.9% from a year ago, according to the results for the first quarter of 2018. Each of the four core products – US high-grade, high-yield, Eurobonds and emerging market bonds- hit all-time high volumes. 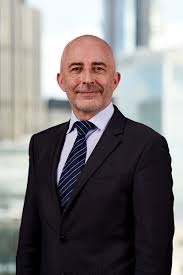 “Transaction cost analysis needs a reference to understand the behaviour of the underlying price and the impact of the execution against market liquidity,” he added. “Our solution will be very meaningful in determining a reference price and measuring execution quality. “

“There was no MiFID II mandate to move bond trading onto platforms but there has been a clear shift due to increased efficiency, transparency and the increased focus on straight-through processing and audit trail,” added Roupie. “There is a different approach to liquidity that has been good for us.”

European client volume rose 29% the first three months of this year. MarketAxess said in its first quarter results that the successful implementation of MiFID II also drove an increase of about 100 clients for Trax, the post-trade processing and reporting subsidiary.

Roupie added that the buy side is looking at how to reorganise the trading desk for the next generation of asset managers. Fund managers will automate bond selection and trades, and distributed ledger technology may also change the settlement ecosystem. In addition, some asset managers are looking to outsource their execution desks due to the cost of setting up expertise, technology and data.

“Technology is now a game changer and we want to be at the heart of the game,” Roupie added. “2019 will be a transformative year for early adopters of technology. We are already seeing changes in trading behaviour such as the use of auto-execution and the transformation of liquidity.”

He continued that Open Trading, MarketAxess’ all-to-all trading model, is changing the paradigm of liquidity provision. All-to-all trading allows multiple parties in a network to come together to trade rather than the traditional model of only banks supplying liquidity to the buyside. Consultancy GreySpark Partners predicted last year that all-to-all bond venues will emerge as the winners in the shift to electronic trading, especially for liquid, easily-priced instruments.

Roupie said: “Open Trading is a differentiator for MarketAxess and set a record in the first quarter of 2018 with $2.1bn traded in a single day. The industry needs to prepare for a world where new bridges of liquidity connect clients globally.”

He was involved in the early development of all-to-all trading in Europe while working on the buyside. Before joining MarketAxess in 2017 Roupie was global head of trading and securities financing for AXA Investment Managers for more than a decade.

“I joined MarketAxess as a strong advocate of Open Trading as I have seen during the credit crisis how liquidity was affected and how technology could help connect users,” he said. “After the collapse of Lehman Brothers, the buy-side still needed to buy and sell assets but could only trade through very untraditional brokerage channels.”

He continued that having a source of liquidity that includes all participants is very powerful and can also improve execution quality and save costs. Open Trading had record volume of $81.2bn, up 38%, and  clients taking liquidity saved an estimated $32.1m in costs, an increase of 28% from a year ago, according to MarketAxess’ first quarter results.

“Composite+ uses data from across the market together with layers of artificial intelligence and machine learning to predict reference prices for more than 23,000 bonds,” said Roupie. “We have found that the predictive data is very close to the execution data.”

MarketAxess announced in March this year that it was expanding the Open Trading alliance with BlackRock into Asian credit markets.

“We have had a strong historical partnership with BlackRock which has been extended into Asia, creating a global alliance,” said Roupie. “Having one of the largest asset managers supporting our trading capabilities is a key demonstration of our strength.” 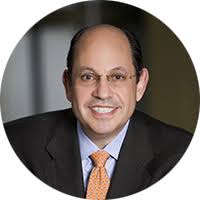 BlackRock and its Aladdin community of approximately 90 asset managers will have streamlined access to MarketAxess’ expanded liquidity options and data products. In addition, BlackRock and the Aladdin community will add buyside perspectives, including input on strategic direction and innovations in trade execution. They will also have access to Trax’s volume and pricing data which comes from processing approximately 65% of fixed income transactions in Europe.

In order to expand in Asia, MarketAxess received approval from the the Monetary Authority of Singapore to operate as a local recognised market operator last year.

“The RMO authorisation in Singapore also demonstrates that we are continuing to make a meaningful investment in Asia and being a local operator allows us to have more regular and direct discussions with regulators,” said Roupie.

In addition, Asian clients do not have to use a EU trading venue and do not have to meet MiFID II reporting obligations, which  include the personal identity details of traders.

As well as growth in Asia, next year Roupie will have to focus on the EU’s  Securities Financing Transactions Regulation and the UK’s departure from the European Union. MarketAxess expects SFTR, which requires firms to report transactions including repo trades to an approved EU trade repository, to go live late next year. The firm is already having discussions with as many clients as possible as the repo market is still manual and inefficient. 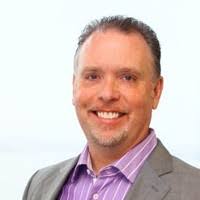 Brian Lamb, chief executive of EquiLend, said in a statement: “SFTR is one of the most complex and data-intensive regulatory reporting requirements the European securities finance market has ever seen.”

Data required for SFTR reporting at point of trade, including unique transaction identifiers, transaction time stamps and lifecycle events is captured by Equilend while Trax can provide regulatory reporting and repo trade confirmation.

Roupie said: “The repo and securities financing markets are complex and dominated by bilateral voice trading but SFTR will oblige reporting of 153 fields on a T+1 basis, creating the need for automation. We partnered with EquiLend because they have a specific trading expertise which can be combined with our regulatory reporting expertise.”

EquiLend will link its trading and post-trade platform to the Trax system to provide client trading and life cycle event information, while Trax will provide EquiLend clients with data enrichment, reporting services and access to multiple trade repositories.

MarketAxess is also preparing for a hard Brexit in March 2019, where the UK leaves the EU without agreeing a deal, and has opened an office in Amsterdam .

“We have applied for a license to the AFM so our clients will not experience a loss of liquidity,” said Roupie.

This month both Cboe and the London Stock Exchange Group said they will also launch offices in Amsterdam.

“We were the first to commit to Amsterdam and other major trading venues have since announced their move,” said Roupie. “The ecosystem is being transformed and there will be new opportunities.”

He continued that some UK staff will transfer to Amsterdam but the firm has also recruited local talent such as aDutch head of compliance.