Market participants are leery about making big bets on rates moves in 2015 because strong expectations of a rate hike in 2014 failed to materialize.

When 2014 began, it was widely assumed that interest rates would trend higher during the year and generate a headwind against global fixed income markets, but the unknowns trumped the consensus, as rates generally declined, triggered by escalating geopolitical issues and concerns about global growth.

“A year ago, there was a strong consensus that across the board, global growth was going to get better,” said Brad Tank, CIO and global head of fixed income at Neuberger Berman, at a briefing. “The U.S. was clearly on an upswing, there was the view that Europe was emerging from a recession and would continue to get stronger. But it didn’t take very long when the market’s consensus was proven to be incorrect.” 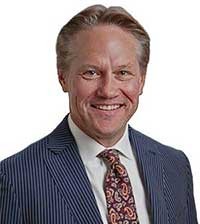 The first jolt came with first quarter GDP, which was unexpectedly soft. “It’s hard to imagine, given the way things are going now,” tank said. “And then from there, of course, the picture of Europe gets worse, positive surprise in terms of the Chinese equity markets. Who would have thought a year ago that the Chinese stock market would be one of the best performing markets in the world?”

Ironically, the consequences for being wrong weren’t terrific. “We had a view that rates were going to rise at the end of last year,” said Tank. “The fact of the matter is when we had that view, it wasn’t a view that we wanted to place big bets on. So maintaining portfolios in the fixed income market that were modestly short duration while at the same time bring modestly open for credit product proved to be a good strategy.”

Today, Neuberger Berman is modestly defensive with respect to duration in the US, more constructive on duration in different parts of the world, Europe in particular, and a number of emerging market economies, very mixed view in terms of currencies and FX.

While the Fed is likely to start raising interest rates in 2015, “our expectation is that the global environment will continue to be characterized by aggregate monetary stimulus,” Knutzen said.

The Bank of Japan is intending to aggressively expand its balance sheet, and the European Central Bank has committed to expand the size of its balance sheet by 1 trillion euro. Even if the ECB hits half of its target, then the aggregate size of the global central bank balance sheets in 2015 will have expanded by more than twice as much as in 2014.

“So even as we do expect rates to begin rising in the United States we think there is still a gravitational pull towards lower interest rates globally,” said Knutzen.

If there is a strong consensus in the markets going into 2015, it’s probably on the dollar. “There’s a strong consensus around dollar strength that’s predicated upon the divergent trajectory of central bank policy with the U.S. poised to go one way and generally, central banks around the world continuing to go the other,” Tank said.