Some market participants are pushing for an increase to tick sizes on European trading venues in a bid to control the rise of high-frequency trading.

The current version of the Markets in Financial Instruments Directive, or MiFID II, which promises sweeping reforms to Europe’s financial markets including, has a provision in it regarding minimum tick sizes.

Some industry experts believe that it could be a better way of controlling the growing influence of HFT rather than other more controversial MiFID II proposals, such as plans for a minimum resting time for orders to remain valid on an exchange for at least 500 milliseconds. HFT is today thought to account for around 40% of all trades on European equity markets.

“It is possible that the Commission considers that there is a need to impose a minimum tick size in Europe if it considers that tick sizes have become (or could become) too small, and that this small size itself causes direct harm to the capital market,” said the U.K. government commissioned Foresight report into MiFID II in August.

“However, given the context of this proposal, it is also possible that the proposed rule is aimed more generally at curtailing HFT, or at least certain trading strategies that are implemented using HFT.”

Tick sizes refer to the minimum increment by which the price of a share, or other security, is allowed to move up or down on an exchange. In the past few years, tick sizes have come down significantly, partly driven by competition between trading platforms in an attempt to attract trading volume and liquidity. High-frequency traders and statistical arbitrage players are generally attracted to smaller tick sizes as there are more increments in which a share can move, thus giving more trading opportunities. 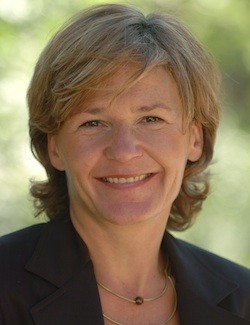 “In the past, tick sizes have became more granular,” Judith Hardt, secretary-general of the Federation of European Securities Exchanges (Fese), which lobbies on behalf of 46 of the region’s exchanges, told Markets Media.

“We will now go the other way. The more granular the tick size, the easier it is to arbitrage. If the tick size is increased, traders have to put up more money. This could diminish arbitrage. Both in the U.S. and in Europe regulators are worried about risks in trading and its natural that we are looking at tick sizes in this context.”

European exchanges have generally adopted tick size regimes in which the tick size varies with the share price. Fese has led efforts to harmonize tick sizes in the European markets. There are now just three different tick regimes in general use, according to Fese, but there is no guarantee that new entrants will adhere to these harmonized tick sizes and they are likely to adopt smaller tick sizes to gain market share, sparking a race to the bottom.

It is believed that the tick size regime may now pass to the European Securities and Markets Authority (Esma), the pan-European regulator, for it to enforce a standard size. Multilateral trading facilities (MTFs) in general use smaller tick sizes to attract and compete for liquidity. Fese is also urging its members, who are made up of both incumbent exchanges and MTFs, to adopt a similar position but it has no real powers of enforcement.

However, a recent study entitled ‘The diversity of high frequency traders’ by Björn Hagströmer and Lars Nordén at the Stockholm University School of Business, has come to the conclusion that different forms of HFT will fare differently if there is to be a tick size regime change in Europe.

“Our investigation of tick size changes shows that market making HFTs increase their activity when tick sizes are increased, whereas opportunistic HFTs decrease their activity,” said the report. “Thus, as market makers are associated with more intensive quoting than opportunistic HFTs, we would expect order‐to‐trade ratios to increase if minimum tick sizes would be imposed. Furthermore, according to our results, intraday volatility is unaffected by tick size changes.”