Electronic trading has grown between 77% and 56% across bond asset classes since the introduction of new regulation in the European Union this year.

MiFID II went live in the EU at the beginning of this year and aimed to shift trading volumes from over-the-counter markets, such as in fixed income, to more transparent regulated markets and trading venues.

The International Capital Market Association described MiFID II as the most significant development to impact European bond markets in memory. The trade group said in a report last week that while European bond markets have been ‘electronified’ for more than two decades, MiFID II has provided “a slight but discernible nudge.”

“The survey responses suggest that while the increase in electronic trading is not significant, it is prevalent (77% to 56% across bond asset classes) and perhaps more noticeable in the relatively more commoditized supranational, sub-sovereign and agency; and investment grade credit markets,” added ICMA.

The association continued that some firms are opting to move most, if not all, of their trading onto venue.

“It would further seem as if much of this incremental shift to more electronic trading is through the use of ‘move to venue’ protocols (sometimes referred to as ‘processed trades’), whereby the original pre-trade negotiations take place off-venue (via messaging, ‘chat’, or over the phone), but the final execution takes place on-venue,” said ICMA.

Consultancy Greenwich Associates said in a new report that although MiFID II has not caused a sea change in electronic fixed income trading volume yet, but year-over-year growth was meaningful. Electronic trading accounted for almost 40% of client activity, up from 33% last year.

“The MiFID-driven shift to electronic execution is real,” said Greenwich.

The report added that the increase was most pronounced in interest rate swaps, where electronic execution jumped from 20% of total volume to 33%, and in cash investment grade credit (59%, up from 52%).

Tom Jacques, consultant at Greenwich Associates, said in the report: “In the long run, the biggest impact of MiFID II on fixed income might have less to do with changes in research payments and more to do with a shift toward electronic execution, with innovative technology becoming an increasingly critical competitive advantage.”

ICMA continued that liquidity and market functioning appear to have been maintained since MiFID II went live. The report cited market data provided by Trax, the MarketAxess reporting subsidiary, which showed that traded volumes (and trade count) this year in European investment credit, high yield credit, and sovereign bond markets are very much in line with last year.

However, there are ongoing issues with respect to the transparency regime and the accessibility and quality of pre- and post-trade data.  Nearly all, 86%, of respondents, said they find it ‘difficult’ or ‘very difficult’ to access data. In addition nearly three quarters, 73%, said less than 10% of the available data is ‘usable’. 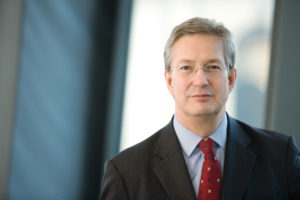 Martin Scheck, chief executive of ICMA, said in a statement: “Despite the resource commitment to meet the obligations of MiFID II our members, both buy and sell-side, are not yet seeing the benefits of this regulation although they do understand that it will take time for the many challenges to be addressed and for benefits to accrue. Data quality and accessibility were cited as particular concerns.”

The association said although this will improve over time, the regulators “missed an opportunity” to provide a utility-based consolidated tape for fixed income.

As a result, public best execution reporting is challenging and expensive to produce, as well as barely used. Firms said they already had robust best execution policies in place before MiFID II, and 90% said the regulation has not had any material impact. In addition, 95% said the best execution data reporting requirements, under RTS 27 and 28, are “challenging, time and resource draining, and of little or no value.”

Greenwich said regulatory changes and difficult market conditions have led to increased consolidation across the market, which may lead to lower levels of liquidity and greater volatility in times of market stress.

The top five dealers in the market capture almost half of European trading volume, the highest level since 2014.

“Based on what we see in the United States, where the top three dealers capture approximately 40% of notional share, these three dealers may still have scope to grow further,” said Greenwich.

Satnam Sohal, consultant at Greenwich Associates, said in the report: “This is not the picture regulators had in mind when they enacted these rules—fewer players, less liquidity, and systemic risk growing in step with increasing market concentration.”