Adam Laird, head of ETF strategy at Lyxor Asset Management, said new regulations have intensified the focus on fees as the French fund manager slashed charges on its core exchange-traded funds this year.

MiFID II regulations came into force in the European Union this year and requires fund managers to give the total cost of investment, including transaction or trading costs and other charges.

Laird told Markets Media: “Cost has been a big driver for a couple of years but MiFID II has made fees a real focus in Europe. Our core range has fees of 0.04% which are the lowest in Europe.”

Lyxor, the asset management subsidiary of French bank Societe Generale, has been running ETFs since 2001 which it said is longer than any other European provider. The firm cut fees on twelve existing ETFs in March this year as the European ETF market has become increasingly competitive, with new issuers entering the market.

MiFID II also requires trade reporting of ETFs in the EU for the first time in an effort to increase transparency, as approximately 70% of trades in the region are over-the-counter. Laird said transparency has increased but there are still issuers with the data being provided. 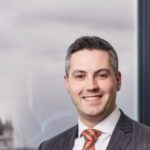 “MIFID II data still needs to be provided in a format that can be widely used and data providers are having the conversations about how this can be done,” he added. “A consolidated tape will help and should be available in the near future.”

Laird continued that increasing transparency will boost investor interest in ETFs. He said: “Investors have been very positive towards US equities, bond ETFs and products that protect against inflation.”

Assets invested in ETFs/ETPs listed in Europe reached $827bn ($940bn) at the end of July, an increase of 3.2% since the start of the year, according to ETFGI, an independent research and consultancy firm.

“2017 was a record year for European ETFs,” added Laird. “This year has not matched the record yet but has still been really positive.”

He identified future growth opportunities as fixed income, smart beta and environmental, social and governance strategies. Smart beta ETFs do not follow standard market cap indexes but customise indexes to track a specific factor such as dividends or low volatility.

“In the past investors could only access certain strategies – like high dividends or lowering risk – through active managers,” added Laird. “The data revolution allows us to provide these strategies in a passive way through smart beta.”

“There is a lot of discussion in European ETFs about the push towards ethical options,” said Laird. “In the past analysts used to have to read company reports but this work is now done by data providers and we can offer a low-cost alternative.”

The Dutch NGO has a database of more than 3,000 companies in 23 countries who are ranked according to four categories – gender balance in leadership and workforce; equal compensation and work/life balance; policies promoting gender equality and commitment to women’s empowerment. 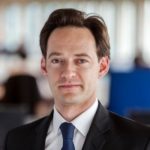 Arnaud Llinas, head of ETFs & Indexing at Lyxor, said in a statement at the time: “Climate change is one of the greatest challenges of our time, which is why investors are increasingly placing it at the top of their agenda. The framework created by the CBI for green bonds makes it much easier for investors.”

Net inflows into ESG ETFs were €1.1bn in the first quarter of this year, half of the €2.2bn for the whole of last year, according to a report from François Millet, head of ETF and index product development at Lyxor.

Laird said Lyxor has a full range of products across equities, fixed income and commodities but may fill in a few of the gaps. He continued that, anecdotally, there is demand from Asian and South American investors in European regulated ETFs.

Frédéric Oudéa, chief executive of Societe Generale said in the bank’s second quarter results call that he wants to improve Lyxor’s position in ETFs, becoming a top two player in Europe from third and a top three  player in Germany.

iShares, BlackRock’s ETF business, was named the best ETF provider in Greenwich Associates latest annual European Exchange-Traded Funds Study with a score of 91%. Lyxor received the next highest score of 52%, up from 48% in 2016.