The MiFID II regulatory regime is progressing toward its 2017 implementation date, with implications for U.S. companies that do business in Europe.

Firms will need to invest in building data analytics and operational efficiencies through automation, system consolidation and industrialization, as well as develop robust technology infrastructures and risk frameworks.

“Firms are looking at trying to use the infrastructure that they have put in place for all the regulations since 2007 since MiFID I, and with Dodd-Frank and Emir coming up the last couple of years, it’s been very challenging for firms to get all the data that they require for trade-reporting purposes,” Paul Gibson, a consultant with Sapient Global Markets. “The things that firms are looking at this year are how can they minimize the cost and effort for MiFID II on the transaction-reporting side of things by leveraging what they’ve already got in place for both MiFID I and also Dodd-Frank, Emir and all of the others stemming from the G20 commitments.” 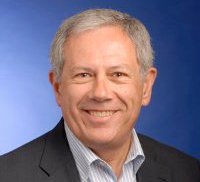 MiFID II can be viewed as the European Union’s premier legislative tool for encouraging the expanded use of market infrastructure and adhering to the 2009 G20 commitments. Its scope encompasses transparency, investor protection, operational risk and third-country access.

From a reporting standpoint, most firms have been fully engaged with compliance with Dodd-Frank and Emir, both of which require reporting of OTC transactions to trade repositories, but they could be in for a rude awakening when they discover that MiFID II has its own reporting requirements that are at least as comprehensive as those of Emir/Dodd-Frank.

“If you look at the reporting that’s been done under Emir and Dodd-Frank, those were set us up as specific projects, and most firms have tried to join the two of them together,” said Chris Collins, director of the regulatory response team at Sapient. “One of the things they haven’t done is to actually look forward to MiFID, even though it’s been explicitly stated that MiFID represents the summit of the European legislation pyramid that’s coming out. Although it’s not until 2017 that it eventually comes into force, some organizations are beginning to worry that with a lead time of only two years, they’re going to run out of time to do all this reporting and testing.”

Although more forward-looking companies are going about MiFID II compliance “in a synergistic and harmonized way, others are treating it as just another regulatory project which they’re going to have to try and sort out,” said Collins.
MiFID II creates a fourth category of trading venue-Organized Trading Facility-that will encompass broker crossing networks and dark pools, to go along with the three existing categories (Regulated Markets, MTFs, and Systematic Internalizers).

“The new OTFs will bring additional rules and regulations in the OTC market that we’ve seen only in the U.S. so far,” said Gibson. “While people don’t quite know what the long-term impact of that’s going to be, it’s certainly going to change potentially the way firms do business with each other. While the lead time around the implementation of that type of change is potentially more far-reaching than reporting, any required changes to business models could be something that is implemented once a new strategy has been agreed.”