Twenty years ago this month the Bank of England launched the Crest settlement system which enabled the long-awaited dematerialisation of equity settlement as paper securities were finally replaced by electronic messages.

MillenniumIT is promising a similar paradigm shift for the clearing industry as the financial software and technology services arm of London Stock Exchange Group will be providing a real-time platform for LCH, the Group’s clearing business. 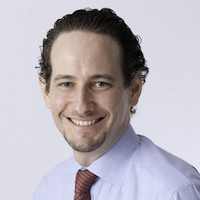 Clearing houses and their members will be able to monitor risk across asset classes and geographies in real time and run “what if” scenarios for new positions which will bring capital and operational efficiencies.

MillenniumIT has historically been known for trading infrastructure but first introduced a real time clearing platform in Europe in 2013.  In February this year Millennium PostTrade was implemented at the Singapore exchange group to support SGX’s central depository business,CDP, and allow broker-dealers and participants to migrate away from a proprietary system.

The new platform enables CDP to adopt global market practices, real time straight-through-processing and industry messaging standards. Nico Torchetti, SVP & head of market services at the Singapore Exchange said in a statement: “With this implementation, our brokers’ back-office systems have been enhanced from indirect to direct communication with SGX for all post-trade processing. The ongoing transformation of SGX’s post trade environment will increasingly enable us to deliver greater levels of standardisation and efficiencies for our customers.”

Gill added: “We are extending our heritage of real-time trading technology into the post-trade world.”

The firm’s trading platform supports over a third of European equity flow and over forty markets and trading venues around the world.

He continued that the addition of LCH, the largest CCP, is a landmark for Millennium PostTrade as LCH sets global standards as it  operates under many national regulators. This month LCH was authorised by the Hong Kong Securities and Futures Commission to provide automated trading services in Hong Kong via SwapClear and ForexClear and also approved as a designated central counterparty for the mandatory swap clearing obligation which begins next year.

Suneel Bakhshi, group chief executive of LCH said in a statement: “We are excited by the performance advantage of a GPU-based platform and the new opportunities it promises.”

In the UK before the introduction of Crest in 1996, equity settlement relied purely on paper certificates, passing through an average of 25 pairs of hands for each trade, As a result settlement occurred only once every two weeks and a fifth of all trades failed to settle on time.

Gill said that post-trade industries such as CCPs and CSDs are undergoing a major technology refresh to move towards pre-to-post-trade straight through processing which encompasses execution, clearing, settlement and depositories.

“I have been in the industry over 20 years and STP has only taken hold in trading,” he added. “We are now in a golden era for STP with new technology available across asset classes.”

Gill will be hoping that Millennium PostTrade brings similar efficiencies to the introduction of Crest in 1996. Andrew Hauser, executive director for banking, payments and financial resilience of the Bank of England gave a speech at the Crest twentieth anniversary conference in London on 20 September describing the impact of the new platform.

Hauser said that Crest now accounts for half of the payments processed through the Bank of England’s Real Time Gross Settlement (RTGS) system or around a quarter of a trillion pounds every day.

“Today, as the industry again faces enormous pressures for change, it is important that it responds more proactively than it did in those pre-Crest days, avoiding the twin perils of complacency or over-ambition, embracing innovation to deliver a service to users that is both more efficient and more resilient than ever before,” added Hauser.

He continued that although most countries now have well-functioning central securities depositories, other post-trade services in securities markets remain extraordinarily complex and balkanised.

“Multiple tiers of custodians and sub-custodians, issuing agents, correspondent banks, clearing members, registrars and brokers – many operating on a solely national basis – provide an overlapping web of services to separate pools of market participants, using different operating procedures, systems and databases,” Hauser added. “That siloised model delivers settlement and collateral movements which, though much smoother than they were twenty years ago, are still typically measured in days rather than minutes or hours, and require multiple reconciliations – posing fixed costs, raising settlement and operational risks, tying up collateral, reducing transparency and posing barriers to entry.”

Hauser added that this complexity hinders efficient international capital markets and there is now unprecedented pressure for change from the largest users of capital markets who need to slash costs in order to improve returns on equity. As a result they want real time settlement in order to minimise risk exposures and use collateral more efficiently.

“An important question is how far this demand for convergence is met through further industry consolidation, and how far it is met through improving the ability of still-separate systems to operate seamlessly with one another (so-called “interoperability”),” added Hauser.

He expects many forms of new technology to enable this change such as real-time computing, the cloud, messaging standards and potentially distributed ledger technology, although the latter needs much more work.

Hasuer added that the final driver for change is regulation, which increased the focus on centralised post-trade infrastructure since the financial crisis.

He concluded: “Taken together, these requirements are designed to bring about a material increase in the stability of the system as a whole – but in terms of their influence on the structure of the market, they also amplify the impact of the demand and technology drivers, further intensifying the pressures towards rationalisation and convergence.”