The current bull market is leading many to speculate how long it will last, not the least institutional money managers.

“We did a lot of manager positioning in 2012 in anticipation of some kind of equity market runup,” said Greg Silberman, director of alternative investments at Wilmington Trust. “We didn’t know how far or how long it would go. I would love to say we were prescient in saying that the U.S. would be a leader but we weren’t. We were mostly in U.S., but also in Europe, which ended up being good for us.”

As the markets correct, Wilmington Trust, which manages $2 billion in alternative assets including hedge funds, private equity, real estate, commodities and TIPS, will be looking for riskier places to deploy capital. 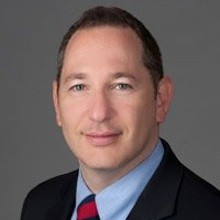 “I expect event-driven will be that place as corporate actions continue, although that may slow in a correction environment,” Silberman said. “There are areas which have seen a lot of flow, like yield-oriented securities, especially private REITs. We may see some dislocations during a correction, and that may be an interesting place to pick up some distressed assets.”

According to Kristina Hooper, U.S. investment strategist at Allianz Global Investors:
“Last week’s rout seemed to be what the market has been fearing since its big run-up in 2013—a traditional “flight to quality” trade that was repeated in Europe, where peripheral European bond spreads widened as investors dumped those bonds for German bunds.”

Towards mid-2013, Wilmington started to get indications that rates were moving higher and equities may have run their course, and it reacted accordingly. “Our risk modeling suggested it would be a good time to cycle out of more aggressive event-driven managers,” said Silberman. “We like discretionary global macro managers right now. We also like managed futures and trend-following managers. We think they’ve been out of favor, but the world might be cycling back to them now. These are all defensive themes that we’ve adopted.”

Volatility arbitrage is another strategy that Wilmington is favoring. Volatility is extremely cheap, and institutions have engaged in option override programs to try extract premium from their equity holdings, such as covered calls. As they’re selling those options, they’ve driven volatility lower.

“The combination of covered call programs and equity markets rising nonstop has made volatility, as measured by VIX, pretty cheap,” Silberman said. “We see a lot of opportunity to be directional with volatility or just volatility arbitrage-type strategies. There seems to be a structural floor on the VIX at around ten. It has become an asset class that’s cheap, and we think there will be a reversion to the mean at some point, which will be perceived as volatility rising.”

Noted Hooper, “For our part, we won’t be surprised to see more volatility; in fact, we always believed it would return once Fed tapering began and the stock market became increasingly supported by fundamentals rather than quantitative easing. But volatility itself shouldn’t be a deterrent to investing—and it could even offer up valuable entry-point opportunities.”

As for equities, Silberman is adopting a somewhat bearish tone.

“There hasn’t been more than a 10% correction in equities on a closing basis since 2011,” he said. “This bull market, which is about six years old, is by most traditional measures long in the tooth. We never know how much or when it will correct, but the probabilities now favor some sort of correction. Playing defense would appear to be the correct strategy right now.”