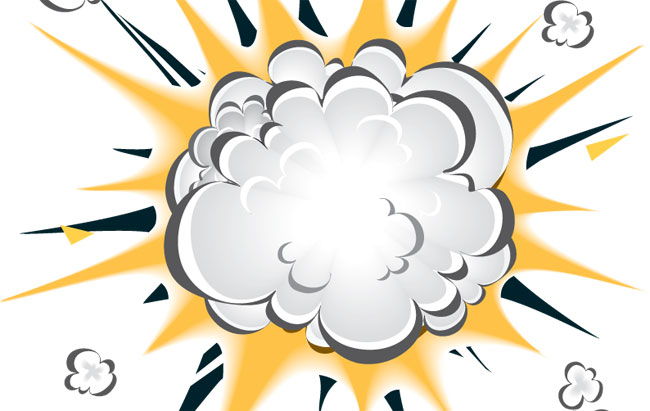 Morgan Stanley and Goldman Sachs both reported large increases in trading revenues for the second quarter of this year, adding to the strong trading results reported by JP Morgan and Citi.

Today Morgan Stanley reported record net revenues of $13.4bn (€11.7bn) for the second quarter ended June 30, compared with $10.2bn a year ago, which the firm said reflected contributions from all businesses and geographies.

Institutional Securities’ net revenues for the quarter increased 56% to a quarterly record of $8bn. Sales and trading contributed $5.6bn in net revenues, up 68% from a year ago, which the firm said was due to strong client engagement as markets stabilized. 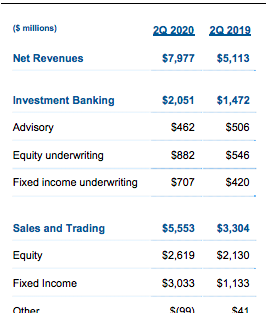 James Gorman, chairman and chief executive, highlighted the performance of fixed income on the results call. He said the decade-long business transformation of the business model was intended to provide stability during times of serious stress and proved its worth in the second quarter. 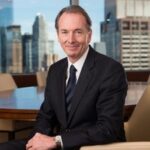 Gorman said on the call: “We made cuts to fixed income in the fourth quarter of 2015 to enormously de-risk  and reduce large illiquid positions. We decided the business needed to make revenues of $1bn each quarter in order to survive and, as it has consistently delivered, the target has gone up to $1.5bn each quarter.”

Goldman Sachs reported yesterday that net revenues in Global Markets were $7.18bn for the second quarter of 2020, 93% higher than a year ago.

Pruzan continued that equities sales and trading at Morgan Stanley earned revenues of $2.6bn in the second quarter. He said: “Cash equities had historic volumes while derivatives had the highest volume in a decade.”

At Goldman Sachs equities sales and trading generated quarterly net revenues of $2.9bn, its highest quarterly performance in eleven years which was driven by both cash products and derivatives. 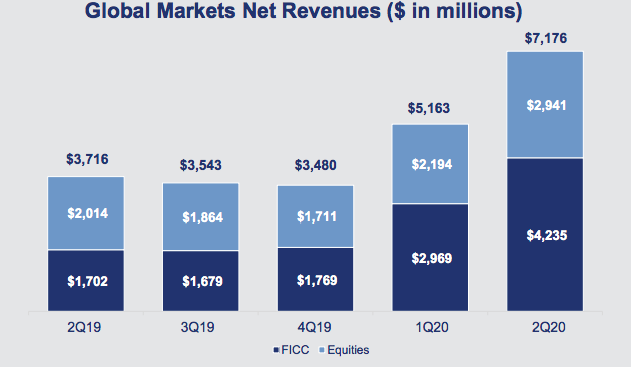 Jamie Dimon, chairman and chief executive said on the JP Morgan results call this week that trading revenues were likely to fall by half in the second half of this year.

David Solomon, chairman and chief executive of Goldman Sachs, said on the results call: “No-one knows the exact direction of trading in the second half of the year. Activity in March and April was extraordinary and has slowed, but volumes in June were higher than in 2019 and 2018.”

Pruzan said underwriting at Morgan Stanley had the strongest revenues in a decade. Equity capital markets activity has accelerated in the last two months due to the increase in initial public offerings, secondaries and record convertible bond issuance. 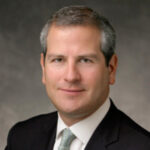 Gorman said the Morgan Stanley results build on the momentum of a very strong first quarter while more than 90% employees were working from home. However, he added that the bank was unlikely to change its real estate presence in large financial centres.

“We are committed to major cities such as New York, London, Frankfurt, Tokyo and Hong Kong and that has not changed,” he added. “We may look at our business continuity plan and capacity across our branches to add more flexibility.” 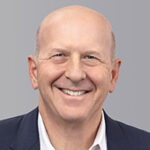 Solomon said there were benefits to people working together so staff were returning, dependent on local conditions. In  Hong Kong 50% of staff have returned to the office, in Europe 35%, in the UK 15% and a small group in New York.

“It is not business as usual as staff wear masks and there are safety protocols,” he added.