Cost-cutting by the financial services industry has not led to an adequate increase in return on equity and firms need to look to use technology to raise productivity according to a report from PwC.

In a report, The productivity agenda: moving beyond cost reduction in financial services, PwC said many banks are still struggling to earn their cost of capital, typically 8% to 12%, and even in asset management there is downward pressure on margins and profitability.

The report continued that cost-cutting measures have not been enough to combat the downturn, despite institutions shutting down whole businesses, reducing their geographic footprint, and ‘firing’ clients.

Financial services firms that only cut costs will not be leaders in the long run. They need productivity through innovation, technology, people. How does your firm's #productivity compare to other #FinancialServices firms? More from @PwC's @Garvey_JP here: https://t.co/nkG5Wvpq44 pic.twitter.com/gY05HBHQSc

More than half, 52%, of respondents in the PwC survey believe that new productivity-based measurements and initiatives would be implemented in their organisations in the coming year. The report acknowledged that measuring productivity in the front office is complicated because tasks tend to be less systemic and people are usually more resistant to being monitored.

“But how senior bankers and relationship coverage people or top insurance agents and wealth managers spend their time can determine a financial institution’s success,” said the report. “In our experience, most of the industry is simply running blind in terms of what employees are actually doing at a task level. And if you lack baseline information, it’s tough to figure out how to measure productivity or how a transformation is progressing.”

PwC said most firms own tools and technologies to create a productive digital workforce but successful execution has proved challenging. “Quite often, the issues that arise — and their solutions — are profoundly human,” added the report.

The survey found that that nearly three quarters, 71%, of respondents cited poor implementation and 59% cited a lack of a co-ordinated strategy as reasons for not achieving success in using tools such as robotic process automation and artificial intelligence.

In the case of artificial intelligence, most institutions said that the main challenge is not the technology itself but proper governance.

“Proper selection of applications for conversion, the management of regulatory challenges to the use of the cloud (particularly the public cloud), strategic decisions around cloud provider redundancy, a careful approach to data privacy issues, and thorough evaluations of which new applications can most benefit by employing the cloud are most often the determinants of success,” said PwC.

Accenture said in a report last year, Capital Markets 2022 – How are Capital Markets being Reshaped by Digital Disruption, that three digital trends will transform capital markets – changes in discovering prices and providing liquidity leading to a shift in power between sell side, buy side and market infrastructure providers; advances in cutting-edge technologies such as AI and distributed ledger technology; and digitalization of value chains. 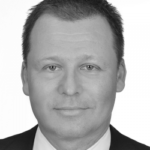 Markus Boehme, managing direct in Accenture Capital Markets Strategy, said in a video on the consultancy’s blog: “Despite two decades of electronic trading, there’s still a lot of ground to cover – both in sales and in post-trade. On the latter, we think there could be as much as $150bn dollars of costs which digital transformation could reduce—or close to fully eliminate.”