London Stock Exchange Group’s MTS Markets International subsidiary has launched trading in a U.S. ATS for its BondVision trading platform, providing buy-side institutions with a view of inter-dealer prices, streamed from 25 market-making banks on government bonds from 30 different European countries, with a particular focus on peripheral markets including Spain, Italy and France.

“It’s the same functionality, the same liquidity pool that MTS BondVision has been offering in Europe,” said Mark Monahan, CEO of MTS Markets International. “The U.S. community has access to this exact same pool of liquidity via this ATS.” 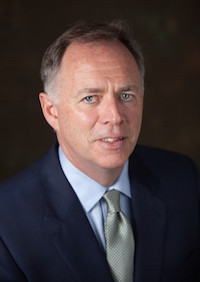 The launch of BondVision U.S. is intended to satisfy a growing appetite for access to global fixed income markets.

“There are a lot of market participants that just used to be focused on U.S. fixed income, that now want to go outside of the United States,” Monahan said. “Globalization is extremely important, and investors are very interested in European fixed income. They are interested in what they call the peripheral market, as well. If you think of Germany as a benchmark, for example, what is the impact in markets like Spain, France and Portugal, of some event in Germany? They are very interested in that trading opportunity and that’s something that we can offer them access to.”

Barry Cohen, managing director at Society Generale, said in a statement: “From a dealer’s perspective, connecting with our U.S.-based clients on our strongest product offerings, such as European Government bonds, remains the key to our success and growth in the U.S. portion of our business. MTS BondVision U.S. will be another technology that enables us to broaden our core distribution in the U.S., and we embrace these tools wholeheartedly.”

The launch helps strengthen MTS’ U.S. franchise. Last year it acquired Bonds.com, a corporate bond trading platform, and is rebranding it MTS BondsPro, and will cross-sell across both platforms to be active providers of Rates and Credit to the US market participants.

MTS BondVision US operates as an ATS under the supervision of Finra and the SEC. “We are as a company, one broker-dealer with two ATSs,” said Monahan.“ They are two separate ATSs, but we have clients who trade credit that are also interested in international rates, and we’ve given them documentation so we can set them up under our other ATS [BondVision] as well. We have been bringing on a lot of new clients since the acquisition by LSEG, and we are going to offer everyone who comes on board the ability to sign up for both ATSs.”

BondVision US provides an alternative to other trading platforms for government bonds in that it specializes in European bonds.

“There are some big established players in a variety of different ways, but I always think that there should be several platforms for the trading community to choose from,” Monahan said. “We are very fortunate here because for European liquidity, we’re finding that the institutions in the U.S. are very open and interested in dealing with a European expert. So the buy side in particular has been very welcoming of this.”