MTS Group, which has operated a trading platform for European bonds for a quarter century, is stepping up its efforts to attract investors from across the Atlantic.

“We’re seeing increasing interest from U.S. clients in investing in European bonds, and end-users want to be closer to the source of liquidity for these markets,” said Fabrizio Testa, head of product development for MTS. Our inter-dealer market is where most of the electronic activity is seen, and the buy side wants to access this via a transparent, electronic platform.” 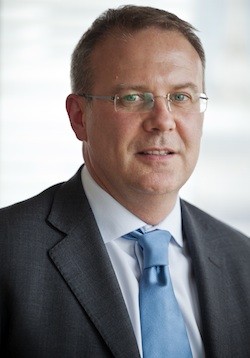 Factors including globalization and the rise of different European bond types have gradually boosted interest in fixed income on the ‘old continent’ for a number of years. More recently, volatility in the form of waxing and waning sovereign debt crises have drawn more attention.

Owned by the London Stock Exchange Group, MTS’s bailiwick has been providing a platform for European traders and investors to trade European government bonds.

“We decided to also be regulated in the U.K. and the U.S.,” Testa said, noting the firm recently won approvals from the U.S. Securities and Exchange Commision and the Financial Industry Regulatory Authority. “We check all the boxes in order to be operational in the U.S., and we’ve now started the phase of client on-boarding.”

European bond markets are subject to short-term, politically driven volatility, but overall the markets have recovered from the troubles of a couple years back, according to Testa.

“Europe has more or less stabilized,” he said. “There will be some range trading but the focus has now returned to the macro themes, such as the next monetary policy moves from the major central banks.”

Along with what MTS sees as macro tailwinds, the company has expanded the functionality of its flagship BondVision multi-dealer-to-client trading platform.

“We have looked to innovate with new products. We have a broad focus — from a cash-management facility to interest-rate swaps to credit,” Testa said. “The big difference between Euro government bonds and these new products has been that Euro government bonds have been mainly driven by the success of the inter-dealer markets. In the other products — swaps, credits and cash — there’s not such an established inter-dealer market, electronic or regulated.”

“In these areas we have built on partnerships with our major clients and participants and developed superior and innovative functionality to attract electronic business,” he continued. “Using the BondVision structure, we launched credit bonds, financial and corporate. In addition to the traditional request-for-quote (RFQ) functionality and executable orders we added the ability to trade the order book via sponsored access. This is what we refer to as MTS Prime.”

The robustness of MTS’s core bond offerings provides traders with benefits beyond liquidity, Testa indicated. “All this trading activity provides MTS with very high-quality market data that we can either provide back to our clients to increase their price discovery, or allow them to run very in-depth analysis of the markets,” he said.

“At the same time it allows us to produce indices for large portfolio managers to benchmark their portfolios,” Testa added. “While we benefit from the activity of our participants, we also try to give clients tools to help them trade in a more efficient and accurate way.”