As the U.S. bond market moves toward electronification, new screen-based platforms are springing up to handle the expected trading volume. One well-pedigreed newcomer to the space is MTS Markets International, a unit of European bond-trading stalwart MTS.

Earlier this week, MTS said it would launch a platform aimed at U.S. buy-side institutions who wish to trade European and U.S. government, agency, mortgage, and corporate bonds with major dealers. The venue is expected to go live in the fourth quarter, according to MTS Markets International Chief Executive Mark Monahan.

Currently in the U.S., “people can trade electronically, but there is a dominant player in every instrument,” Monahan told Markets Media. “What we want to offer is a credible choice.” 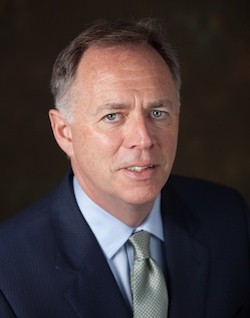 “What this is about really is launching the BondVision platform in the U.S., for dealer-to-client trading in an RFQ manner, European and U.S. rates and credit,” said Monahan, who was previously chief executive at Ballista Securities and ICAP Electronic Brokerage. “This is not a start-up — we plan on leveraging the European liquidity, distribution, technology and infrastructure.”

Aside from more electronic transactions, Monahan said broad trends working in favor of the MTS Markets launch include increasing globalization of institutional bond traders, as well as tighter regulation and compliance standards that favor established entities.

“The London Stock Exchange Group as the parent company is a very well-respected brand that represents integrity. MTS is a European fixed-income powerhouse,” Monahan said. “The window we will offer is a very unique view — the inter-dealer prices of 17 European markets are part of the MTS market-data product that will be available on the MTS BondVision platform in the U.S. That market data is unique and very powerful.”

“BondVision is the only dealer-to-client trading platform in Europe to operate as a regulated exchange for government bonds as well as a regulated MTF (multilateral trading facility) for non-government issuance. So we really operate at the highest regulatory standards,” he continued.

MTS Markets will be “very aggressive” on cost for both buy-side and sell-side customers, Monahan said. “For now, we need to get distributed and sign up people,” Monahan explained. “In Europe we already have about 30 liquidity providers and (about) 20 of them are global, so we’ll work with them to help provide liquidity in the U.S. as well. We want to get more liquidity providers on board, and of course go after asset managers and pension funds.”

Monahan didn’t offer any specific market-share aspirations. “We’ll build from our strength in European fixed income, then grow from there,” he said.