Marco Polo Securities is going to include MTS BondsPro, the corporate bond electronic trading platform that is registered with the US Securities and Exchange Commission, in its marketing to institutional clients in frontier and emerging markets across nearly 20 countries in Africa, Asia and the Middle East.

Vinode Ramgopal, chairman of Marco Polo, said in a statement: “The MTS BondsPro platform allows more than 50 securities firms on our platform to secure direct access to the liquidity of US debt markets. We share with MTS and London Stock Exchange Group a vision to accelerate the growth of local capital markets and this agreement is another step in our mission to lower barriers to cross-border trading and add to a deeper global liquidity pool.”

MTS and Marco Polo Securities have entered into an agreement in relation to MTS BondsPro. Marco Polo will introduce the MTS BondsPro to its extensive list of institutional clients in frontier and emerging markets covering nearly 20 countries: https://t.co/7QI6WtFG5E pic.twitter.com/vkiJ1kwXgJ

Parker said: “Marco Polo is very well positioned as it has relationships with local emerging market banks and chaperones them in meetings with US asset managers.”

Investors in frontier and emerging markets will be able to trade with  more than 400 broker dealers and buy-side clients on MTS BondsPro’s anonymous all-to-all order book.

“The US is the most active global bond market so every investor wants to be involved, and we can lower barriers to entry,” added Parker. “A year ago we extended trading to 22 hours so we can provide electronic access, which is much more efficient, to non-US clients.”

Trading across 22 hours allows activity in different time zones across the US, Europe and Asia.

Parker continued that US investors have also been showing increasing interest in emerging market bonds.

“Emerging market bonds have become more popular and are a big source of electronic trading growth,” he added. “The challenge is having regulatory permissions in addition to putting the right pipes in place.”

Kevin McPartland, head of research for market structure and technology at consultancy Greenwich Associates, said in a report last year that 70% of US investors are trading emerging market fixed income products electronically, making up 14% of notional volume traded.

Greenwich’s study, Emerging Market Bond Traders Embrace E-Trading, found that nearly one third of asset managers and half of the hedge funds in the US expect their volumes in emerging markets fixed income to increase in the coming year and at least 70% of those investors will execute some trades electronically.

McPartland wrote: “Technology is increasing the flow of information, removing the language hurdle and connecting disparate brokers and investors from all over the world, allowing trades to consummate that only a few years ago would have been too expensive, if not impossible, to get done.”

Parker said: “There has been a systematic change in the industry as electronic market making has increased, and we facilitate by acting as a central hub between the buy and sell side.”

He continued that overall trading on BondsPro in 2018 grew 65% year-on-year and is up another 30% so far this year. 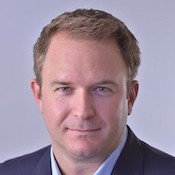 “In the credit markets on BondsPro, we now have close to 20 firms providing automated market making — and three years ago that was zero,” he added. “The activity of those players increases price transparency, and the whole market benefits from tighter spreads.”