Five months after unveiling a new partnership for front-end technology in U.S. Treasuries, Nasdaq is planning upgraded functionality for trading in the $41 trillion market. 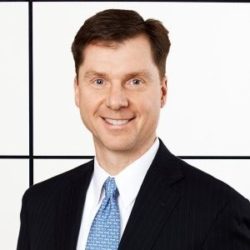 “We’re on new technology, and now we start to build on that,” said Ted Bragg, Head of U.S. Fixed Income at Nasdaq.

Speaking earlier this month at the Futures Industry Association conference in Boca Raton, Florida, Bragg said Nasdaq will soon announce functionality to facilitate curve trading, a strategy that aims to extract profit from widening or narrowing yield differences between Treasuries on different parts of the yield curve.

“You don’t have to leg into a two-year / five-year or a two-year / 10-year” in separate transactions, Bragg said. “It’s one instrument, one yield spread, and when two people cross at that yield spread you’ll get both legs of the trade at a fixed ratio.”

About a month after the curve trading unveiling, Nasdaq plans to announce enhanced roll trading functionality, which Bragg described as “old versus new.” For example, this could couple an off-the-run 10-year note with an on-the-run two-year note, with the same functionality and one-to-one fixed ratios.

Further out, Nasdaq has plans to roll out a closing cross for the Treasury market. This is expected by the third quarter, Bragg said.

Nasdaq is currently working with CQG on a “2.0” version of the partnership, Bragg said at FIA Boca.

With regard to trading volume, Bragg noted that February was an especially slow month, as the 10-year yield was mostly stuck in a narrow range between 2.65% and 2.75%. The benchmark yield has since broken lower, and the uptick in volatility has increased trading this month.

Treasuries is one of Nasdaq’s focus area within FICC, or fixed income, commodities and currencies, Nasdaq CEO Adena Friedman said in January on an earnings conference call.

Added Friedman, “We’re really excited…in being able to deliver new functionality as well as new products on the platform.”