Ahead of the planned market access and market data roundtable hosted by the US Securities and Exchange Commission’s Division of Trading and Markets slated for later this year, Nasdaq has published a three-point white paper that calls for governance and revenue-distribution reforms for the Securities Information Processors as well as rule clarifications. 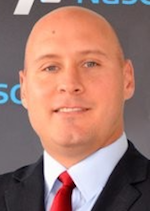 “We are constantly engaged with all the different stakeholders and customer on a lot of these issues,” Olive Albers, senior vice president and head of strategic partnerships, Global Information Services at Nasdaq, told Markets Media. “Based on these discussions, we want to get out with our views, which have evolved, and start a conversation with the different stakeholders.”

Nasdaq’s first recommendation is to expand the authority and responsibilities of the SIP advisory committees.

“We are recommending that the general investing public and other industry investors have more of a prominent voice in the decisions that are being made in those committees,” he added.

Among the new responsibilities proposed by the exchange and SIP operator would include greater transparency regarding the conflicts of interest and contrary agendas that the advisory committee members might hold.

“We need to make sure that we are acknowledging that there could be conflicts and addressing them,” said Albers.

“We think that putting different incentives in place to further reward exchanges that provide lit quotes and transactions based on those lit quotes would benefit the broader capital markets and the investors of all shapes and sizes,” he added.

However, SIP revenues may be significant, but they are also a finite amount, and any changes would create winners and losers, noted Bill Harts, an industry consultant.

According to recently published revenue number from the SIPs, Tape A and Tape B revenue amounted to approximately $120 million in the first half of 2018 while Tape C revenues clocked in at roughly $70 million for the same period. 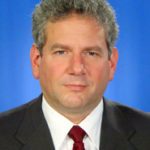 “If you read between the lines, Nasdaq is saying if you incent order display then those exchanges displaying more quotes should make more money,” said Harts. “Conversely, it means dark pools and exchanges that do not display quotes should make less. That’s a controversial statement for Nasdaq to make since some of its biggest customers operate dark pools that do not display quotes.”

The SIP operator also would like the SEC to clarify its Vendor Display Rule, which has been in place since the adoption of Regulation NMS.

“It says that there are certain instances where broker-dealers must provide their customers with consolidated data,” said Albers. “There are also instances where customers can choose from a variety of competitive market data products and services that would meet their client needs.”

If the SEC were to permit the substitution of non-aggregated data feeds, there is a worry that it would cannibalize SIP revenue, according to Harts.

“A lot of these issues derive from the fact that exchanges today are for-profit,” he added. “Where it will get interesting is if the SEC starts to examine the many conflicts of interest in these plans, including among the exchanges themselves.”