Charlotte Crosswell, chief executive of the Nasdaq OMX NLX, said the new derivatives exchange aims to add connectivity before the end of this year and increase its product range in 2014.

Crosswell told Markets Media: “Over the next 12 months, with market demand, we will launch additional products such as options on futures. We will listen to market demand and we won’t be afraid to try new things.”

For the first time users can trade and settle contracts at both the long and short end of the yield curve on one venue. Previously traders had to use Deutsche Börse for the long end and Liffe, now owned by ICE, for the short end. By using one platform traders reduce their margin requirements as capital efficiency becomes more important under new regulations such as EMIR, MiFID ll, and Basel III.

“Participants can save on average around 50% in initial margin, depending on their portfolio requirements, if they are using both short and long-term products and VaR risk methodology,” said Crosswell. 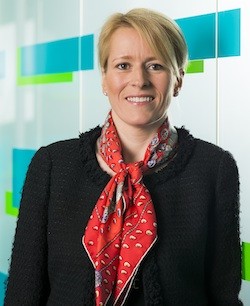 Robert Greifeld, chief executive of Nasdaq OMX Group, said at the Goldman Sachs Financial Services Conference on December 10 that NLX was “taking on the giants” and their vertically integrated clearing monopolies. He said: “We have the ability to use VaR margining as opposed to SPAN margining, and we’re the first trading venue to do that. And we have the ability to get into the cross margining opportunity as the open interest grows larger with LCH products such as their SwapClear asset.”

“We are testing to go live with Trading Technologies which should happen before Xmas and will be the last piece of our connectivity,” added Crosswell. “The addition of TT allows our founders to have more traders connecting to NLX and I would be surprised if we do not see an increase in volumes.”

Since launching on May 31, 2013, NLX has executed more than 3 million lots in total according to the exchange and reached a record total average daily volume of 185k contracts on 27 November. On that same day NLX had a record total market share of 8.5% with Euribor share reaching 28.6% and Sterling hitting 18.1%. NLX takes a snapshot of its market share at 5pm each day.

Greifeld said in his presentation that he gets “positively giddy” when he wakes up at 5 in the morning in New York and checks NLX volumes. “Now understand we’re throwing the party and we’re paying for the party, so that will serve you up, but the fact is that we’re paying to the party to a certain point, not to 37%. So people choosing to stay at the punch bowl even though they have to pay or not be paid after a period of time, so that’s some positive signs,” he added.

Lee Shavel, chief financial officer at Nasdaq OMX Group, said in an investor presentation on December 3: “We’re very excited to see how NLX performs in the remainder of 2013 as we measure whether or not it has the kind of growth trajectory that would make our targets for the program something around the 10% market share by year-end 2014 realistic.”

“We are focusing on our current products and building on the impact of our higher volumes going into the next three months. The end of the first quarter of 2014 will provide a checkpoint of our progress so far,” said Crosswell.

Institutions participating on NLX have increased to 24 from 15 at launch, according to the exchange operator.

“Over the autumn we re-tendered long end market makers and some industry players increased margin and fees,” added Crosswell. “Market participants are realising they have a choice now in where they can execute and clear listed European interest rate derivatives – we have the right participants in the right place at the right time.”

Crosswell also believes there is some potential crossover for NLX with customers of eSpeed, the electronic trading platform for US Treasury bonds that was acquired by Nasdaq OMX Group this year. The exchange group completed its $750m purchase of eSpeed from BGC Partners in the middle of this year.

Shavel said in his presentation that Nasdaq OMX Group had improved eSpeed’s technology and added four clients since the acquisition,with another four due to join by the end of this year. In addition the exchange will expand eSpeed’s products from on-the-run Treasuries into T-bills, TIPS, and potentially repos in the first quarter of 2014.

Greifeld said eSpeed was important to Nasdaq OMX as it allows the exchange to enter fixed income in a way that made sense for an equity player. “The US Treasury market is the market that most closely resembles the US equity market. It’s deep and liquid, data-driven, all the information is up on the screen and people co-locate their service close to the matching engine which are all things we’re very familiar with,” he said.

Crosswell had experience in equities before joining NLX by working at Nasdaq OMX Group in two separate periods, including a role as president of the Nasdaq OMX Pan European Market, a pan-European multilateral trading facility that closed in 2010.

“In the equities market I experienced fragmentation but you have to be aware of the fundamental differences in interest rate derivatives and the listing of products,” said Crosswell. “We are moving towards market share where end clients are becoming interested in trading NLX based on choice of clearing house and we are well positioned with LCH.Clearnet.”