Lauri Rosendahl, president of Nasdaq Nordic, said the US exchange group is on a good path to acquire Oslo Børs, despite Euronext acquiring the majority of shares in the Norwegian venue. 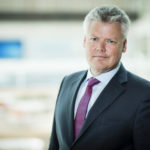 Rosendahl told Markets Media: “We are very comfortable with where we are in the process and feel we are on a good path.”

Euronext won an auction for Oslo Børs at the end of last year which was held by shareholders against the wishes of the board of the Norwegian exchange. However, the board of Oslo Børs has since invited an offer from Nasdaq.

Stéphane Boujnah, chief executive and chairman of the managing board of Euronext, said in a media briefing last month: “It is not a bidding war as we have already acquired more than 50.5% of the shares of Oslo Børs. Once we have regulatory approval from the Norwegian authorities we will complete the transaction.”

Euronext said in a statement this month it has secured 53.2% of the capital of Oslo Børs VPS, including pre-commitments, shares tendered to the offer, and directly owned shares. In addition Euronext’s college of regulators has given its non-objection to the contemplated transaction.

The statement added: “Euronext remains confident it will be able to complete the transaction by the end of quarter two 2019.”

Rosendahl said: “We have met shareholders who definitely think we are the best potential owner and regret signing the pre-commitment contracts. If and when they can make a decision they would prefer Nasdaq if financial terms stay the same.”

Nasdaq continued that it makes strategic sense for Oslo Bors to join the US exchange as it has already worked successfully with seven exchanges in the region. Rosendahl  added: “Nasdaq Nordic has an 11-year track record and we have built vibrant capital markets and ecosystems in Finland and Denmark.”

However Euronext has argued that its transaction will be of great benefit to Oslo Børs VPS and all its clients, employees and the wider Norwegian financial community.

Euronext has said it remains strongly committed to supporting the strong international listing franchise in the oil, seafood and shipping sectors that Oslo Børs has developed over many years, as well as its very successful listings of bonds and equity certificates and Norwegian SMEs. The exchange said it will also secure the position of the Norwegian central securities depository, VPS, through technology investments, maintained operational independence and continued local supervision and regulation.

In addition Euronext will ensure appropriate Norwegian representation in the boards of directors of the acquired entities including independent board members and employee representatives. The exchange has announced that Tom Vidar Rygh, senior advisor at international private equity fund Nordic Capital and previous chairman of Oslo Børs, will join the new board of the Norwegian exchange  after the transaction is completed, subject to regulatory approval.

Rosendahl continued that the next step in the process is a decision from Norway’s Ministry of Finance which is due in mid-May or June. “We will then look at all possible options,” he added.

This month Euronext said in a statement that the Norwegian Financial Supervisory Authority had recommended to the Norwegian Ministry of Finance that the pan-European exchange should be approved as a suitable owner of up to 100% of the capital of Oslo Børs without any restrictions.

Euronext added that it welcomed the positive recommendation and is waiting for the final approval from the Norwegian Ministry of Finance which is the last major condition to complete the transaction. The exchange confirmed that it will ensure that all remaining shareholders will get an opportunity to tender their shares to Euronext at the same terms in connection with or following final regulatory approval and fulfilment of all offer conditions.

Boujnah said in a statement: “As part of the Euronext family, Oslo Børs VPS will be a strong and leading Nordic exchange and central securities depository independent of other exchanges in the region, and a hub for Euronext in its further Nordic expansion. Our ambition for Oslo Børs VPS is for it to grow.”

Rosendahl said: “Everyone is agreed that Oslo Bors needs a single committed long-term owner so there will be a need to come to a solution.”