Neptune Networks was launched two years ago and has reached more than $180bn (€155bn) on a daily basis in notional axe/inventory positions on the platform which allows institutional investors to access real-time bond pricing from banks in a standard format.

Grant Wilson, chief executive of Neptune Networks, told Markets Media: “Neptune was set up as a consortium so technology was standardized and commoditized, which in turn means lower costs and easier accessibility from a connectivity perspective. This also allows us to introduce new products quickly without breaking the system.”

An example of Neptune’s speed in launching new products is that the firm was able to add mortgage-backed and asset-backed securities to the platform in two days.

Two-years since @NeptuneFI_LDN incorporation and go live! Now at 26 Banks and 50+ buy-side firms, multiple OMS/EMS connectivity and over $180bn gross notional in axes on a daily basis!

Banks previously sent bond inventory information in multiple formats to investors. In 2014 a group of buy side and sell side institutions began discussing how best to distribute real-time axes in a standard open source format, which has since been approved by the FIX Trading Community’s fixed income sub-committee. Neptune was incorporated as a non-profit organization in July 2016. 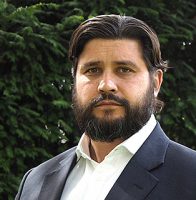 “We will be increasing our product range to include further mortgages and rates products, based on customer demand,” added Wilson. “The system can include any product which has an ISIN, which now includes derivatives in EMEA.”

MiFID II, the regulations which went live in the European Union this year, require over-the-counter derivatives to be identified with an ISIN code for the first time. ISINs have previously been used just for securities.

Wilson added: “MiFID II had a light touch on the markets we cover but it has increased the focus on the cost of aggregating disparate, non-standard data and making the investment process from decision through to execution more efficient.”

As a result, Neptune will be working with clients to provide data products such as composites from the fourth quarter of this year, and a high quality data source for transaction cost analysis and best execution. ‘Apollo’ is a project which will offer API-based streaming of two-way prices.

“Driving down the cost of data allows better access and in turn should benefit the investment process,” added Wilson. “Portfolio managers can focus on making investment decisions rather than finding out who owns a bond.”

The European Securities and Markets Authority said in March that it shares concerns that have been raised over the increase in fees for market data in the region and intends to take a closer look at recent developments.

MiFID II also strengthened the requirements to evidence best execution but there is no EU consolidated tape. Therefore traders have to monitor prices across individual venues which increases fragmentation and cost. MiFID II said market data should be provided “on a reasonable commercial basis.” A previous commercial venture to launch a European consolidated tape, the Coba Project, failed in 2013 due to insufficient support from banks, fund managers, data providers and stock exchanges.

Panelists at the AFME European Trading & Market Liquidity Conference in March called for a consolidated tape in fixed income.

Christoph Hock, head of multi-asset trading at Union Investments, said at the conference: “We need a consolidated tape as soon as possible. Getting real-time data from APAs (Approved Publication Arrangements) is costly and we should learn lessons from equities where market data costs have exploded.”

Byron Cooper-Fogarty, head of sales at Neptune, told Markets Media that the buy side uses Neptune data to match orders against axes but they are also increasingly looking to increase execution efficiency. As a result, portfolio managers and research analysts are using Neptune data as part of their investment process before an order is input. To help improve execution efficient, Neptune also connected to Symphony, so that electronic chat data can be more efficiently incorporated into workflows. 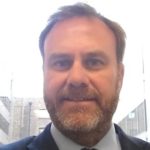 “We have been working on integrating Neptune with buy-side firms’ order/execution management systems and that is now paying off,” added Cooper-Fogarty. “In a year from now, the majority of clients will consume our data through these channels rather than through our own front-end.”

Over the longer term, Neptune also wants to expand geographically. Cooper-Fogarty added: “Deutsche Bank connected their Singapore based credit desk and so have a number of other banks, including Credit Agricole. However, for the rest of 2018 our focus remains the US and Europe but we will expand in Asia at the right time.”

Neptune is delighted to announce Deutsche Bank are the first sell-side participant to add axe data from their Asia based trading business. Deutsche are currently sending axes on Asian Sovereign and IG Credit. Please feel free to get in touch for more information pic.twitter.com/cqcMpL95NI

Wilson explained that Neptune aims to be relevant in new markets, and so needs to have legitimate traction on the sell side before any launch so the buy side has a good trading experience from the first day.

Last year Neptune expanded in the Americas and US dollar axes grew from 20% at the start of 2017 to more than half, 51%, by the end of last year. “This is largely thanks to Bank of America Merrill Lynch, Citi, JP Morgan and Morgan Stanley adding their New York trading desks,” said Neptune on its website.

Welcome UBS Bond Port to Neptune, with axes on a broad cross section of Fixed Income including IG/HY Credit and EM, in USD, EUR, GBP and other denominations. UBS Bond Port’s focus in Neptune is on larger sizes, befitting our emphasis on assisting buy-side users to find liquidity. pic.twitter.com/IADj3L392s

The Desk’s Trading Intentions Survey 2018 said the appetite for onboarding new platforms plunged amongst buy-side firms last year, partly due to preparing for MiFID II, but some appetite has returned.

The survey said: “Of the new entrants – those systems that have become active in fixed income in the last five years – Liquidnet, Algomi and Neptune stand out, having grown their major user base by 31%, 15% and 12% within those five years.”

Wilson expects Neptune’s growth to continue over the next two years. He said: “In two years our aim is to double our client base, increase the services available and further increase the point to point connectivity.”

Pleased at the showing in @TheBondDESK Trading Intentions Survey 2018. https://t.co/Qmdy4UsEVH

The Desk’s survey found that Neptune, Algomi and proprietary data aggregation tools have between 15% to 30% of buy-side traders behind them for the next five years. The publication’s editorial team surveyed 26 large investment managers across the US and Europe.