Data centers are continuing to pop up all over Europe, but finding a location that is right in the thick of the action—to provide high-frequency traders with extremely low latency—can be tricky as financial hubs, especially London, are generally positioned in the heart of very built up city landscapes.

However, one operator of purpose-designed data centers believes its new data center, which it says will be central London’s first new data center in a decade, will help alleviate a market that does not have currently have enough supply to meet its needs.

Volta took ownership of the former old Reuters building, a data center, on Great Sutton Street, just north of Liverpool Street, which is right in the heart of the City of London, in June and is currently in the process of “stripping out every component that is in the existing data center and re-equipping it, as well as bringing in a brand new power supply”, said King.

“It will be a brand new data center,” added King. “We are using the existing shell of a building, but that’s the nature of London. 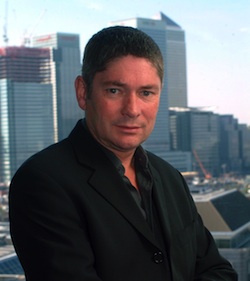 King says Volta has big plans to attract high-frequency traders to the data center, which Volta hopes will go on stream from March 2013 when it aims to have a first floor fully operational.

King says its main data center rival in central London will be Interxion’s larger Brick Lane data center, which also boasts an excellent City of London postal address. Most of the other major data centers, however, are either based in the Docklands area in the east end of London, or west of London and based outside the M25, the orbital ring road that circles the English capital.

Interxion, too, has been in expansive mode in London. Two weeks ago, it announced the opening of the initial phase of an additional data center in London, based just 60 meters away from its primary Brick Lane venue but still housed within the campus.

“Our location in the City of London provides our customers with superior response times for their most demanding applications,” said David Ruberg, Interxion’s chief executive, at the time of the announcement. “London has historically been the highest demand market in Europe for carrier-neutral colocation data center space.”

Interxion is also offering a novel way for high service levels to be continually met throughout the Olympics by installing sleeping pods in the breakout area of its London data center. With congestion on the tube and roads increasing due to the Games, Interxion is allowing its workers to sleep amongst the racks to ensure that the facility will be fully staffed throughout the two-week sporting spectacle.