No Silver Lining Forecast For Traders During Olympics

It appears that some investors, and even their algorithms, are putting their feet up to watch the Olympic Games—as the usual equity summer trading lull in Europe looks to be more pronounced than usual.

Despite the eurozone crisis flaring up once more, and slowing economies hampering many of the world’s leading nations, including China and the U.S.—who both, incidentally, head the medals table at the London Olympics—it seems that traders are enjoying the ‘Greatest Show on Earth’ a little bit too much.

Trading floors across London are quiet, as many appear to have headed off to watch the beach volleyball, or have been caught up in traffic caused by the two-week sporting spectacle.

“With the games of the thirtieth Olympiad now in full swing in London, an odd stillness appears to have descended on financial markets,” said Chris Beauchamp, a market analyst at IG Index, a financial spread betting firm.

The London Stock Exchange is reporting that volumes are lower than this time last year, although the FTSE 100, London’s leading shares index, has risen ever so slightly since the Games kicked off last weekend. It appears, though, that political utterances from the likes of European Central Bank head Mario Draghi may count for more during Olympic fortnight, especially in the bond markets. 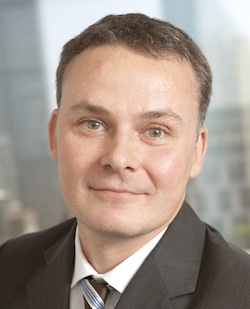 “The macro situation is quite negative in Europe and all over the world,” Yannick Naud, portfolio manager at Glendevon King Asset Management, a fixed income boutique based in London, told Markets Media.

“But I have not witnessed, in our market, a sudden drop of activity linked to the Olympic Games. If anything, the European Football Championships [in June] had a more dramatic impact on volume and liquidity, but we have to keep in mind that Mario Draghi did his best to keep every market participant on their toes with his comment last week to ‘to do whatever it takes’ to save the euro—the currency this time—and later underwhelming the market during yesterday’s press conference.”

Meanwhile, a recent note entitled ‘Is your algo watching the Olympics?’ issued by Charles Charles-Albert Lehalle, global head of quantitative research at equity brokerage CA Cheuvreux, has examined what the London Olympics could mean for trading volumes and how traders can try to eradicate negative performance. Order rhythms of investors, the research found, were affected by the last Olympics in Beijing four years ago.

“It is logical to assume that volumes will be impacted in some way during the 2012 Olympic Games,” said Lehalle. He predicts human orders to decrease and electronic trading through algos to increase—if, that is, your algo is ready for the Olympics. However, Lehalle does point out that markets cannot be predicted—the research attempts to “deduce some stylized facts from typical days during which less trading activity occurred” in 2008—and macroeconomic and stock-specific news could influence events far more than the Games.