LCH SwapAgent and AcadiaSoft are forming a partnership to transform post-trade in the over-the-counter market which they said could save the industry billions through reducing capital use and increasing efficiency. 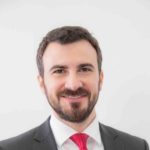 “We have a huge opportunity to reduce the cost of capital and margin payments,” he added. “The industry has saved $300bn (€260bn) through compression and clearing and there could be immense savings for the customer base in the non-cleared market.”

Last month LSE Group announced that it acquired a 16% stake in AcadiaSoft, which automates margin payments for counterparties engaged in collateral management around the globe. Alongside the investment, LCH SwapAgent and AcadiaSoft agreed to collaborate to simplify the operational process for margin calculation.

Ondyak continued that Acadiasoft has a similar industry partnership to LCH and the same philosophy of collaborating with users to innovate and build. AcadiaSoft is owned by 13 banks and three industry infrastructure providers – NEX Group, The Depository Trust & Clearing Corporation and Euroclear.

He added: “Acadiasoft is very successful and has a share of approximately 70% for messaging in the non-cleared space. The service is complementary to SwapAgent and we would like to eventually move to straight-through processing in the uncleared collateral space.”

LCH SwapAgent will provide its independently calculated collateral information to the AcadiaSoft Hub, which is used by both sellside and buyside firms, and be integrated through a single interface, dashboard and point of control.

Improving margin processing in important as the third phase of the uncleared margin rules will go live in September this year. Phase four, which affects the buyside, will come into force in September next year with the final phase going live in September 2020. In addition, incoming European Union regulations such as the Securities Financing Transactions Regulation and the Central Securities Depositories Regulation could lead to large fines for counterparties who are late in settling trades. 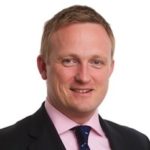 Daniel Maguire, chief executive of LCH Group and member of the executive committee, LSEG, said in a statement: “The acquisition of a stake in AcadiaSoft underlines our strategy to expand into the non-cleared space, an area in which AcadiaSoft has considerable experience.”

Chris Walsh, chief executive of AcadiaSoft told Markets Media that the LSE investment is a significant building block to a fully automated post-trade process for OTC derivatives. He added: “We are developing a platform that is transformational. The industry can move from counterparties using two separate calculations to one agreed calculation which will eliminate disputes.”

Walsh continued that disputes and inefficiencies can cost tens of millions of dollars, but the industry could save billions of dollars through using collateral and capital more efficiently.

“We are looking beyond 2020 and additional opportunities to form a single source of trades across the industry,” he said. “We are already expanding beyond just margin payments.”

AcadiaSoft plans to help extend the use of SwapAgent across the broader market, including buyside firms, as Walsh added that the firm has more than 500 buyside clients.

“The LSE investment is a big opportunity,” added Walsh. “We have mutual clients and can build a bridge between the cleared and uncleared world.”

ISDA, the derivatives trade association, said in a research note this month that the percentage of centrally cleared derivatives has been steadily growing since the first US Commodity and Futures Trading Commission clearing mandate was imposed in 2013. Market participants have also consistently voluntarily cleared more than the clearing mandates. For example, inflation swaps are not subject to the CFTC’s mandate, but about 80% of inflation swaps traded notional was cleared last year in order to mitigate credit risk and reduce capital held against such trades.

ISDA said in the note: “Market participants also have been clearing other OTC derivatives for which there is no clearing mandate in the US, including single-name credit default swaps, foreign exchange – in particular, non-deliverable forwards – and equity derivatives.  More recently, cleared volumes of these OTC derivatives have increased following the implementation of new margin rules for non-cleared derivatives, which require the mandatory posting of initial margin and variation margin.”

Ondyak added that SwapAgent is live in 17 currencies across a range of swaps, including cross-currency swaps which went live in November last year.

“SwapAgent has 15 brokers and more than 100 direct members,” he said. “We will be launching swaptions next month.”