A lengthy outage at the New York Stock Exchange was the biggest news in U.S. markets, putting China and Greece on the back burner at least temporarily.

Trading was suspended at the iconic NYSE from 11:32 a.m. Wednesday until just after 3 p.m. The three-and-a-half-hour outage ate up more than half the regular trading day of six and a half hours, a notable duration in a fast-moving electronic marketplace where exchange glitches show up on CNBC within minutes.

While the NYSE’s market share for U.S. equity trading has been whittled to about one-third or less over the past couple decades as electronic trading gained prevalence, the venerable institution on the corner of Wall and Broad Streets in Lower Manhattan remains a symbol of American capitalism, and as such even President Barack Obama was briefed on the outage.

Adding a sense of ominousness was some suspicion that the exchange outage may have been the result of a cyber attack, especially as United Airlines experienced a flight-grounding outage for a couple hours earlier today, and The Wall Street Journal’s website also was down, albeit briefly. In a tweet earlier this afternoon, NYSE said the “the issue we are experiencing is an internal technical issue and is not the result of a cyber breach.”

That was good news for market participants. “Initially, we were concerned that the exchange was hacked, but as time elapsed, we learned the outage was due to a systems upgrade from the night prior,” said Sahak Manuelian, managing director, equity trading at Wedbush Securities. “Knowing that, we were much less worried about any type of systematic risk to our machines.” 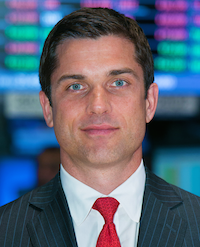 In a post-close interview with CNBC, NYSE Group President Tom Farley said the exchange operator followed its crisis playbook of deciding whether to suspend trading (it did); mobilizing senior management up to and including IntercontinentalExchange Chief Executive Jeff Sprecher; and working through the issues. The immediate objective was to resolve the issue and reopen trading prior to the close of the trading day.

In the interest of choosing the least disruptive option for its customers, NYSE decided against routing trades to its disaster recovery center in Chicago, as that would have entailed work for traders to re-route orders, Farley said.

For market participants and market-structure observers, the NYSE trading halt elicited reactions that can be split, roughly, into two camps. One perspective is, these types of outages happen from time to time, trading continued fine at other exchanges, and the system overall showed its resilience. The less optimistic view is, the outage is a symptom of underlying market-structure deficiencies, and subsequent disruptions may be worse.

“#Nyse down, other markets still running,” Georgetown University Professor James Angel tweeted. “This happened before on December 4, 2013.  Shows resiliency of the US market system.”

#Nyse down, other markets still running. This happened before on December 4, 2013. Shows resiliency of the US market system.

“When one exchange goes down, the other exchanges pick up the slack,” Angel added. “One of the benefits of so-called fragmentation.”

Indeed, market valuations, where the rubber hits the road for end-user investors, seemed largely unaffected by the NYSE outage. The Dow Jones Industrial Average and the Standard & Poor’s 500 closed about 1.5% lower and 1.7% lower on the day, respectively, similar levels to where they were before the trading halt.

“It’s important to remember that our markets are technologically driven — we have multiple venues to trade with, so when one market center goes down or has a technical setback, we still have other venues to trade on,” said Manuelian of Wedbush. “Other than the folks on the floor of the exchange, investors were not affected as stocks continued to trade uninterrupted.”