The OEMS: Past to Present

But it hasn’t worked out quite that way. Buy-side traders typically find single-system OEMSs wanting on either the order or the execution side, or their utility is limited being inflexible and running on a closed system, according to technology experts.

As a result, most large institutions still provision the best third-party OMS they can find, bring in a separate best-of-breed EMS, and then task vendors and their in-house technologists with integrating the two. Given the complexities of today’s buy-side trading desk — torrents of data, multiple asset classes, different geographies and regulatory regimes — this is much easier said than done. 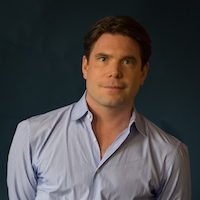 “It is extraordinarily difficult to get all the information that I need out of an OMS and into an EMS,” said John Adam, global head of product strategy at trading-technology provider Portware, a FactSet company. “But while this is an excruciating and painful process, people can’t afford to not do it. That’s because not doing it means you have two unintegrated systems, and therefore, you have operational risk and you are losing money on it.”

Easier integration with other tools was the most-requested improvement for OMSs and EMSs,  with 54% and 41% of buy-side users asking for that from the respective systems, according to a 2016 Greenwich Associates survey. A separate 2015 Greenwich report noted that 60% of buy-side traders said integration was the OMS functionality that most needed improvement, ahead of customization (54%) and reliability (51%).

By way of background, order management systems emerged 25 to 30 years ago as an advance from queuing and managing trade orders on a paper blotter; execution management systems sprung up about 20 years ago, as the advent of electronic trading necessitated better ways to display market data, route to multiple trading destinations, and manage algorithms.

The separate evolution of the two systems represented a market failing, Adam said, as OMS providers in aggregate missed an early opportunity to integrate EMS functionality, own the space, and effectively obviate the need for EMSs.

That ship has sailed. “EMSs became more functionally rich as is electronic trading accelerated. They moved to multi-asset and they started doing a lot of things that were really attractive to institutional asset managers and hedge funds,” Adam said. “Now you have these very strong (vendor) franchises that the buy side is effectively cracking their heads together to make them work together.”

In the early 2000s, Aite Group Analyst Spencer Mindlin was a product manager at Goldman Sachs, where he worked on attempting to integrate Goldman’s REDI EMS with several different OMSs. “Attempt is really the operative word,” he said. “I learned first-hand how difficult it is to bridge the gap between two separate systems with different product life cycles, different product-development road maps, different code bases, and different priorities.”

Mindlin said on a granular level, the inter-system ‘holy grail’ is what’s called blotter synchronization. “Once an order is staged from the OMS into the EMS, you lose some compliance oversight of the trading process,” he said. “It also becomes more challenging to maintain a complete and chronological audit trail and perform transaction cost analysis of the entire trade life cycle, because now you’re dealing with two disparate systems that historically have not shared more than just child-order executions.”

Whereas 10 years ago blotter synchronization was pursued vigorously and the rise of the OEMS was seen as inevitable, that’s no longer the case.

”I don’t think we’re going to see a lot more movement towards the holy grail of an integrated OEMS,” Mindlin said. “An asset manager needs to have its OMS functionality be best in class, and its EMS functionality be best of class; best-execution obligations necessitate this. While there are integrated solutions available, it remains a trade-off between specialization and integration.”

Adam noted most buy-side requests for proposals (RFPs) for EMSs emphasize the need for it to tightly pair with their OMS. “A buy-side firm going out and shopping for this technology has to be extraordinarily careful about who they’re buying from and what they’re signing up for,” Adam said. “That’s because really, they themselves are putting together an OEMS, and they need to do an extraordinary amount of due diligence to make sure that it will function properly.”

NEXT UP IN THIS ARTICLE SERIES: Assessing ‘Killer Workflows’ on the Trading Desk.