The OpenFin desktop operating system is similar to the Android or iOS operating platform for mobile phones but was launched to provide standardisation across capital markets desktops so that the industry can deploy new applications that are interoperable.

Dinsdale previously worked at Goldman Sachs in a variety of technology roles in the front and middle office across the equity structured products desk, the core strategies group and the enterprise platform group.

He told Markets Media in an email: “In London, we are continuing to build out our desktop services architecture, which right now is heavily focused on our notifications service, and the FDC3 interoperability service. I think that last one is hugely important, and we’re going to keep working on ways to help apps in the OpenFin ecosystem communicate with each other.”

The Financial Desktop Connectivity and Collaboration Consortium (FDC3) was founded by OpenFin in 2017 in collaboration with major industry participants to enable universal connectivity and standards across all desktop applications and has been ratified as a standard. Last year OpenFin contributed the FCD3 initiative to the Fintech Open Source Foundation. FINOS is an independent nonprofit organization promoting open standards and open source in financial services.

Before entering financial services in 2003, Dinsdale worked in the gaming industry as a software engineer for Sony Computer Entertainment Europe and as a C++ Developer for video game developer Kuju. 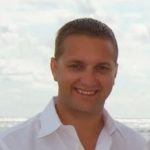 Dinsdale said he learnt the importance of making responsive, attractive interfaces when working in the gaming industry.

“The attention to detail you need to make a game easy to pick up and play is incredible, and experiencing this first hand this was really helpful,” he added. “Then, reusing that later in my career, has really made me aware of how important it is to have the most diverse set of ideas and skills you can get.”

He will report to Chuck Doerr, OpenFin’s president and chief operating officer.

Doerr told Markets Media in an email that OpenFin is actively searching for diverse skill sets.

“We routinely expand our searches beyond the traditional capital markets talent pools to ensure we find the brightest minds for a fast growing company like ours,” said Doerr. “As a management team we are very invested in making sure we have a diversity of ideas and skills to help deliver our tech roadmap but also enrich our thinking.”

Doerr continued that Openfin is looking to make more hires following the firm’s recent funding round.

“In equal measures we are specifically looking at developers and also other business functions, as we expand our footprint in capital markets,” added Doerr. “Our OS is are already licensed to nearly 200,000 desktops and for the remainder of the year we will be looking to grow our presence further and exploring adjacent verticals in wealth management and insurance.”

OpenFin OS is licensed to almost 200,000 desktops and used to deploy more than 1,000 applications to more than 1,500 major banks and buy-side firms in more than 60 locations.

We are thrilled to announce the closing of our $17m Series C funding led by @WellsFargo & @Barclays! We look forward to continuing to grow the #OpenFinCommunity and fostering #collaboration across the industry! #innovate #opensource #javascript #fintech https://t.co/H8h2ByewvJ pic.twitter.com/1ddXdKGo74