The securities transaction tax is the Harold Stassen of the financial-regulation rulebook: it’s always hanging around the periphery somewhere, but nobody takes it seriously. 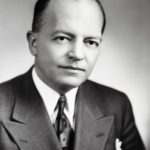 Last week, Senator Kirsten Gillibrand of New York, who some consider a rising star in the Democratic Party, stated she supports taxing securities trades. The idea is to slap a 0.03% levy on each purchase and sale, which computes to a $3 snip off every $10,000 transaction. Stocks, bonds, and derivatives would all be involved, probably.

STT backers say such a tax would rein in those wild and woolly high-frequency traders who nefariously skim mom and pop’s retirement account, and whose rogue algos should bring down the entire financial system any day now.

I believe there are underhanded, predatory market participants out there who the STT would indeed pinch. But these folks are few and far between, their market impact is overstated, and the rulebook (greatly expanded this decade) does a reasonably good job of smoking them out.

The STT would also hurt the very mom-and-pop investors it’s meant to help, in the form of higher management fees on their retirement portfolios. And more directly, it would crimp the many in financial services who do honest work as intermediaries for financial transactions. Profit-seeking, but honest.

This would by extension hurt the exchanges and technology providers that provide products and services for the intermediaries.

But that’s the theoretical case against. The practical and realistic case against this moving forward is twofold: (1) the Republicans are the majority right now, and (2) the market has generally been doing well and there have been no headline incidents, like the ‘flash crash’ or the Knight Capital debacle from years ago. I’d think a securities transaction tax is about #117 on the list of voter priorities.

So the chance of this getting any traction seems about the same as Harold Stassen’s chances when he sought the Republican nomination for President in 1984. Or in 1996. Or in 2000, which was was the 12th time the former Minnesota governor had tossed his hat in the ring for the Oval Office, dating back to the 1940s.

The STT seems similarly quixotic. I suspect the very bright Gillibrand must know the idea is pretty much a non-starter. Her motivation seems to be political in nature, i.e. burnishing her progressive credentials in advance of a future campaign.