Like swallows returning to Capistrano, options-leader panels at industry conferences reliably turn to the topic of the steadily expanding universe of U.S. options exchanges, and how many exchanges are too many.

In a highly competitive business that fosters often contentious debates and disagreement, there is virtual consensus on one conclusion: 12 exchanges is too many. Market participants don’t readily specify what they believe to be ‘right’ number, but indications are that the number is more than two but less than 10.

Adding an exchange beyond the first couple fosters price competition and promotes innovation. Those effects wane with each additional exchange, as traders’ complexity and connectivity costs increase. By the time there are eight or 10 or 12 exchanges, any incremental choice and price competition are often more than offset by the cost of additional complexity and connections, and perhaps most importantly, the indirect cost of dispersed liquidity.

“For us as a market maker, fragmentation is becoming more and more difficult to manage,” said Patrick Hickey, head of market structure at Optiver in Chicago.

The first challenge is complexity, which entails understanding what each trading venues does well and not-so-well. Then traders and market makers need to understand the various fee schedules and volume tiers, which can change on a monthly basis.

Beyond the nuts and bolts, “it’s not like our ability to take on additional risk increased just because a new exchange came out,” Hickey told Markets Media. “Our focus has been on costs and benefits, where risk is a cost of doing business on an exchange. We have to pick and choose how we want to express our view of taking on a finite amount of risk as a market maker, in terms of which exchanges we’re going to do that at and which we just can’t afford to.”

Hickey drew an example of a 1,000-contract order, for which the first inclination might be to split the order equally across multiple exchanges. “If there are 10 exchanges, the simple math would be that we’ll show 100 contracts on each exchange,” he explained. “But the reality is that by showing it on 10 exchanges, we introduce 10 times more risk that something could go wrong.”

Fragmentation is hardly an options-specific issue. In the U.S. alone, there are a dozen stock exchanges plus several dozen dark pools and alternative trading systems; a bevy of competing platforms for trading foreign exchange and fixed income; and even about 20 registered swap execution facilities, in a business that started up just this year.

Different venues at different locations, each with different technologies and different response times, can only make for different trade executions. “Customers don’t get a consistent experience when trying to access liquidity,” said Kevin Kernan, director of product development at Wolverine Execution Services.

If an options trader tries to buy 10,000 contracts that show on her screen but only gets half of the order filled, “it’s really just a result of how fragmented the market is,” Kernan said. “Regardless of high-speed traders, or co-location, or any of the other things that people like to talk about, this problem is going to exist when you have a dozen market centers. It’s not really a function of how fast things are; as long as someone’s faster than someone else, the problem is going to exist. And someone’s always going to be faster than someone else.”

“All you can really strive for is consistency,” Kernan continued. “We try to measure our fill rates as closely as possible, and strive to improve them through technology. To some degree you really just need to know what you can expect. If there’s 10,000 on the screen and every time you go that exchange you only get partially filled, you need to learn to expect to get something less than the displayed quantity.”

Short of consolidating markets, there are steps that can be taken to make markets behave less fragmented, Kernan noted. For example, a consolidated tape used by all market participants might be better than every exchange having its own market-data feed.

One executive at a major options market maker, speaking on condition of anonymity, was candid about feelings when a new options exchange launches.

“We hate it,” this person said. “Every time a new exchange comes out, we’re disappointed. It’s very difficult to make markets across a market that’s so fragmented, but that’s what we have to do as a liquidity provider.”

“I don’t think there’s been a new exchange recently that has actually offered something significantly new that helps the market,” the person continued. “It’s more so exchanges can cover more areas of the routing table, in terms of make-take or traditional payment for order flow. So the exchange operator has more coverage, but the overall market is actually worse than it was.”

In this source’s opinion, the biggest problem with fragmentation is that it engenders a hypercompetitive environment where market operators are wont to pull out all the stops. This can result in practices that can impair displayed liquidity and market integrity, such as payment for order flow and internalization, where firms trade as counterparties with their customer orders or route to affiliated specialists.

“Striking deals like that is quite a conflict of interest,” the market maker said. “Routing should be for best execution, but more and more it’s based on where brokers get the best deal.”

Our source complimented futures-exchange operators CME Group and IntercontinentalExchange for their options offerings, which span underlying products such as agriculture, foreign exchange, interest rates, and energy. “CME and ICE actually have very well-functioning option markets that are very reasonable from a price perspective,” the person said. “From my perspective, they are actually better markets for the liquidity provider and the end user.”

The future path of fragmentation — or possibly contraction — of the options-exchange landscape will largely depend on regulatory action, or a lack thereof, our source indicated. “If there’s a clear separation between basic order-routing firms and market-maker affiliates, and marketplaces are not allowed to internalize because of the conflict of interest associated with it, I would expect there be a pretty sizeable decrease, over time, in the number of exchanges.”

Market fragmentation “has its good points and its bad points,” said Ed Provost, president and chief operating officer of CBOE Holdings, the largest U.S. options-exchange operator. “A good point is that exchanges both on the equity side and the options side compete for order flow, and that generally provides for a tighter market with lower fees. The bad part is, whenever a marketplace is broken into lots of small marketplaces, even as well as they’re connected, there’s some loss of pure pricing.” 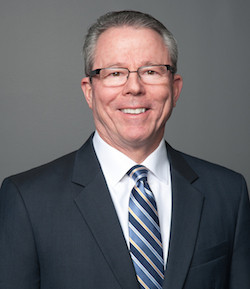 Dispersion of liquidity across both options and equity markets is an offshoot of Regulation National Market Structure, which the U.S. Securities and Exchange Commission established in 2007 to foster competition among markets.

“Fragmentation is a criticism of the national market system that provides for multiple venues to trade the same thing in the interest of competition,” Provost said. “The price we pay is that there’s some degree of fragmentation. However, the benefits of the competition have generally flowed to the users of the products, so spreads are narrower, commissions are lower, and customers generally get a better execution today than they did in years past, certainly retail. Some of the concern from the institutional market is that the size of the displayed market isn’t nearly as big as it used to be.”

Concluded Provost, “I’m a pretty big defender of the national market system, and, despite all the criticism, I think things operate pretty well.”

Market fragmentation is partly a function of the economics of the exchange business, in which specialist models can be more attractive than trying to be all things to all people across the retail, market-making, aggregator, and institutional constituencies. So for an exchange operator, it may make more sense to launch a new exchange, rather than add functionality to one of its existing exchanges.

“The bar is much lower to start another exchange than it is to try to make all types of participants happy, at once, inside a single exchange,” said Optiver’s Hickey. “Why wouldn’t you make one exchange for this segment, and another exchange that makes this other segment happy, and try to capture whatever small pieces of the industry you can inside that group of exchanges. I think that’s the biggest driver of why you see fragmentation.”

“I’m a pretty big defender of the national market system, and, despite all the criticism, I think things operate pretty well.” — Ed Provost, CBOE

Going forward, “when the cost of opening up a new exchange outweighs the benefits of actually opening the exchange, you’ll see fragmentation slow down or stop, or possibly move in the opposite direction,” Hickey said.

“We want innovation and competition among exchanges, because that helps drive new ideas and it helps the industry evolve and it keeps costs highly competitive,” Hickey added. “We welcome that, but at the same time, we’d prefer to see ideas that are truly new and add value to the market place.”

New entrants “have had only limited success,” said Kernan of WEX. “It’s not like they knocked it out of the park, so I don’t think other exchanges would look at that and necessarily want to do the same thing.”

“I think the current exchanges already have all the different market structures covered, or at least as covered as I think it needs to be,” Kernan said. “For example, if you’re ICE, you already have NYSE Arca, a price-time exchange, and you have NYSE Amex, a pro rata exchange. That approach is logical and gives ICE the flexibility of changing one pricing structure to target certain customers and keeping another one a different way.”

“I don’t foresee much more fragmentation in options,” Kernan continued. “We haven’t heard any talk about new exchanges for a while now. With the exception of MIAX, the recent proliferation in new options exchanges was the result of exchanges that had consolidated and had an extra SRO that they needed to put to use.”

Off-exchange trading, which is a non-factor in the options market, would add an additional layer of fragmentation if it ever emerged. In Kernan’s view, that’s conceptually possible if the options market tracks the equity market in its development, but it’s highly unlikely to happen any time soon given the current regulatory scrutiny of off-exchange trading in stocks.