But views can diverge as to what constitutes innovation. Exchange operators tend to define innovation broadly and say the industry is highly innovative, but some market participants take a narrower definition and note that just because something is new or different, that alone doesn’t mean it adds value. 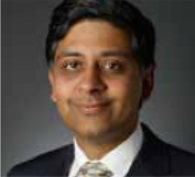 Options started out as innovations themselves, as it is said that the first options were used in ancient Greece to speculate on the olive harvest. Equity options may have made their U.S. debut in ‘bucket shops’ in the 1920s, and they were first traded on financial exchanges in 1973.

Options have since developed into an established, global market, in which more than 4.1 billion contracts traded in the U.S. last year. Innovation has driven the expansion, and market operators, trade handlers and technology providers continue to roll out products and services to meet demand from traders and investors.

The most significant options innovations in recent years have centered around the CBOE Volatility Index (VIX), according to Maneesh Deshpande, head of equity derivatives strategy research at Barclays.

“A lot of the action is in the listed space, and in the listed space the main innovation has been the VIX-based products,” Deshpande told Markets Media. “It’s not just a matter of innovation — it has completely transformed the option landscape, as these products are actually driving the underlying option market. The options market on SPX is the most liquid option market in the world — it continues to be very liquid, but now it is increasingly in some sense influenced by the flows and positions in the VIX futures market.”

The VIX suite has achieved the elusive growing of the pie. “The liquidity of these products has been really been driven by nontraditional equity investors,” Deshpande said. “Traditional equity investors continue to use the S&P or SPDRs or ETF options, but the main users of the VIX space products are those who historically have not really used options. These include RIAs and other classes of investors who historically could not use options, perhaps because that they didn’t have the mandate to use options, or they didn’t have the infrastructure or the expertise.”

Options innovation emanating from the VIX suite has provided opportunities for technology providers. “We have seen an increased focus on volatility, both as an asset class and as a pricing tool,” said Brian Stucka, vice president of equity derivatives at FlexTrade Systems. “As an asset class, VIX is providing buy-side groups with an alternative that exhibits non-standard correlations to other related option classes.”

“Groups we talk to are turning to volatility products as a hedge, of sorts, to volatility-driven portfolios based on industry sectors,” Stucka continued. “Volatility of volatility is also being used as an alpha-generation tool allowing users to analytically determine vega convexity,” or how much an option’s value will change in response to a one-percentage point change in volatility.

In the view of tradeMonster Chief Technology Officer Sanjib Sahoo, noteworthy recent innovations in the institutional options market include the so-called penny pilot program, where options contracts are traded in one-cent increments; binary options, whose payoff is either a specified amount or nothing; options with weekly rather than monthly expiration dates; and ‘mini’ options of 10, rather than 100, contracts.

Sahoo termed the penny pilot “a huge success,” and noted that weekly options have “been a major addition to the industry” with steadily increasing volumes. Mini options have been popular with retail investors, though binary options haven’t caught on. “I don’t think this has been very successful because they are not traded on the exchanges with high brand recognition, and there is a lack of education about their merits,” Sahoo said.

As far as innovation that is needed in the options market, Sahoo cited better order types for traders. “For example, the abilities to use trailing stops and contingents on spreads are sorely needed,” he said.

The abilities to use trailing stops and contingents on spreads are sorely needed.” -Sanjib Sahoo, TradeMonster

Being as some innovations have been geared toward certain market constituencies, “it would be good to think about innovations that could benefit a wider range of participants, such as retail customers,” Sahoo said. “There have been a couple examples of exchange innovations that have benefited the entire community, such as reduced settlement periods and trading in decimals. These kinds of innovations are too rare and we would like to see more that benefit everyone.”

To be sure, true innovation is easier said than done, and for every innovation that gains acceptance and traction, there are many that never make it off the drawing board or quietly wither and die after launch. “It’s very difficult to find a hit in the area of innovation,” said Pat Hickey, head of market structure at market-maker Optiver.

Mini options have missed the mark as an industry innovation, in Hickey’s opinion.

Continued Hickey, “so because you have a complexity built upon a complexity, I think that the mini product was at best a huge missed opportunity for simplification as an innovation.”

In a broad sense, Hickey said the best innovations often start with challenging long-standing assumptions or ‘sacred cows’ of the industry. For example, for weekly options to catch on, market participants needed to get past the conventional wisdom that expiration had to happen on the third Friday of every month.

“Once people were convinced to overcome that belief or fear of the unknown, it allowed for a different way to think about the same problem,” Hickey said. Along those same lines, “exchanges are also challenging the assumption of opening and closing bells by trying to offer trading in U.S. products during European and Asian time zones.

Another options market maker, who spoke on condition of anonymity, isn’t impressed with the options industry’s efforts to innovate.

“For the most part I’m relatively negative about innovation,” this person said. “I think they have a lot of products that people just aren’t all that interested in, especially from a liquidity-provider standpoint. It’s very difficult to spend time on some of these products,” the person said, specifically citing currency options as uninteresting.

Still, this source acknowledged that many market participants were probably skeptical about the VIX 10 years ago, and innovation often takes time to catch on.

Meaningful options innovation is being developed in the area of algorithmic trading, noted Jeromee Johnson, vice president of market development for Bats Global Markets, which operates the seventh-largest U.S. options exchange. This is especially relevant for institutional investors, whose orders may exceed the average trade size on an exchange.

“We’re starting to see more maturity in options algorithms,” Johnson said. “Deutsche Bank did a lot of work with new functionality in the beginning of the year, and I think there are also some real sound improvements ‘under the covers’ at Goldman (Sachs), Credit Suisse, (Bank of America Merrill Lynch), and some of the other big banks.”

“This is important for the institutional market, where there is a need for effective tools that are similar to what we have on the cash side,” Johnson continued. “Looking back over the past few years, options algorithms have not been particularly effective overall, but now we’re at the point where institutional users have good reason to be more comfortable with them.”

“We’re starting to see more maturity in options algorithms… this is important for the institutional market.”-Jeromee Johnson, Bats Global Markets

Other options-market innovation is being developed in areas such as data management, transaction cost analysis (TCA), and workflow automation, said Doug Bremer, managing director of SpiderRock Advisors, a Chicago-based provider of technology and institutional sub-advisory services.

“There exists a growing demand for agile and complex systems that can capture and measure data instantly, and to derive models for pricing and trading options,” Bremer said. “Firms are recording huge quantities of data in real time and detecting key market variables via sensors embedded in the systems. These sensors are able to actively detect actionable live signals, which when compared with historic models ultimately empower better investment and trading decision-making.”

The emerging data-management technologies are co-located and cloud – centralized and controlled, and take advantage of low-latency exchange connectivity, he noted.

TCA has entrenched itself in the institutional equities market as a way for managers to measure their trading performance, and it’s only natural that the methodology would flow toward the equity-options space.

“We are seeing many firms on the buy and sell side migrate towards solutions to help them understand the metrics around their option and futures execution: crossing the bid-ask spread, liquidity capture, commissions, exchange and clearing fees, and slippage,” Bremer said. “By using advanced data models, firms can measure the quality and effectiveness of their listed derivative executions, as well as provide transparency to the process.”

Added Bremer, “many firms are discovering how using TCA on derivatives is an eye opener in terms of identifying what they are ‘paying the market” to trade.”

In the area of workflow automation, “we are seeing explosive interest from large asset and wealth managers, banks, and independent RIAs who are looking to develop new ‘liquid-alternative’ investment products that use options as a key portfolio ingredient, and who are adopting advanced solutions to automate the implementation of product strategy,” Bremer said.

Risk management is another fertile for innovation, both in financial markets generally and in options markets specifically. That’s the view of Robert Newhouse, chief executive of Victor Technologies, whose primary product is a risk-management platform for options traders.

“The reason for that is not that the industry is doing risk management incorrectly, but rather the focus on risk management until recent times was lacking,” Newhouse said. “Risk management was often looked at as simply a box to check to give your investors a bit of comfort that you had something in place.”

“We’re seeing a pretty big transition to risk management being used as a competitive advantage, meaning that hedge funds are now touting their ability to not get slammed in a long tail situation, to be able to mitigate some of the riskiness that funds suffered through the 2008-2009 debacle,” Newhouse explained. “So what we’re really seeing is a movement from risk management as simply a side note, to risk management as a very specific focus and a value proposition.”