‘Smart’ order routers are old hat, but in the ever-evolving market structures of U.S. equities and options, the technology has advanced such that some routers are decidedly smarter than others.

“Some people say smart is a bit overrated and commoditized, but we don’t agree,” said Tony Huck, president and chief operating officer at Lime Brokerage. “We think there’s a lot to be gained in reacting to changes, learning from market structure and taking advantage of fragmentation.”

Smart order routers are meant to effectively consolidate multiple marketplaces into a single order book. The technology became de rigueur on trading desks around the mid 2000s when Regulation National Market Structure opened up more competition among U.S. equity and options trading venues; the subsequent proliferation of exchanges and alternative trading systems made it all but impossible for traders to analyze each individual marketplace in search of the optimal destination for a given order.

The first SORs did the job, but in a rudimentary fashion compared with what’s available today. “Second-generation smart order routers were cleverer,” said Chris Bartlett, partner at quantitative trading and research firm QuantMass Capital. “They looked at maker-taker rebates, they looked at fees, and you started to get more intelligent execution algorithms. But they were still based on simple, hard-coded logic, put in by developers.”

Bartlett likened the technology underpinning state-of-the-art SORs to that of self-driving cars. “Cutting-edge smart order routers now in stores use a machine-learning, probabilistic approach to getting execution, taking into account historical intraday trading patterns,” he said. 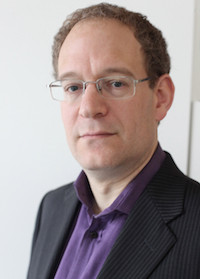 “The second generation was very deterministic. You knew what it was going to do because the code was there,” Bartlett explained. “With third-generation smart order routers, the key difference is that no one knows exactly what it’s going to do. It’s making its own decisions combined with the hard-coded inputs.”

In the U.S. equity space, smart order routers have a dozen exchanges to link to, plus several dozen dark pools and other ATSs. In options, there are 12 exchanges, and two more are expected to launch by year-end. Linkage must be fast, seamless and efficient, and SORs must capture maximum liquidity while leaking minimal information about the trader’s intent — no mean feat in a highly complex electronic market structure.

“A truly smart router is actually a learning algorithm,” said Al Candela, Lime’s chief strategy officer. “It learns on an order-by-order basis where the liquidity is and how to access those markets based upon a heat map. Clients can then customize that behavior to their specifications.”

In a trade life cycle, an order starts with an algorithm coded to a market metric, such as volume-weighted price average. That ‘parent’ order typically gets split into smaller ‘child’ orders, at which point the smart order router takes over, making market access much simpler than it would be otherwise.

As with any evolving technology, not all SORs currently being utilized are up to date. “Some smart order routers that have been in existence for a long period of time may not be keeping up changes in the markets,” Candela said. “They may be exposing information, or the provider is not evolving the product as much because they’ve achieved a certain market share and there is some stickiness to the product.”

“As market structure continues to change smart routers need to change,” Candela added. “Just sitting back with the same old-same old, you won’t be able to sustain market share. You need to constantly evolve with changes in the marketplace.”