The ‘futurization’ of the over-the-counter swap market is progressing slowly, and how much the process accelerates over the next year will depend on factors such as consolidation, standardization of contracts, and regulatory addendums.

That was the opinion expressed by participants on the ‘Futurization of OTC Market’ panel at Markets Media’s Sept. 23 Chicago Trading and Investing Summit.

The Dodd-Frank Wall Street Reform and Consumer Protection Act, signed into law in 2010,  called for U.S. swaps trading to move from a decentralized system of private negotiations, to centralized execution on a ‘lit’ electronic trading venue, with central clearing. The overhaul was mandated after some market participants and observers blamed the 2008-2009 financial crisis on the opacity of the global OTC swaps market, whose notional value has been estimated at more than $600 trillion. 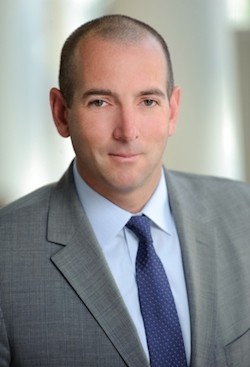 Swap execution facilities soon sprung up — there are now more than 20 registered with the Commodity Futures Trading Commission — and in February 2014, certain swaps were made mandatory to trade on SEFs for the first time. But while the transition has been slow, and most swaps still trade via telephone, the movement is inexorably toward the new order.

“Right now the majority of trading remains traditional, but the market is moving towards other available options,” said George Harrington, global head of fixed income trading at Bloomberg.

Bloomberg’s SEF has held a dominant market share in credit-default swaps trading this year, followed by Tradeweb, according to Futures Industry Association data. Business is more dispersed in interest-rate swaps, as Icap, Tullett Prebon, Tradeweb, Bloomberg, BGC, and Tradition have all captured double-digit market share. Some industry observers have said that current numbers are tiny compared with the potential of the market, so true SEF leadership has yet to be established.

Harrington said most Bloomberg customers trade via the incumbent request-for-quote system, where they review indicative prices and then check with perhaps  two to four providers for tradeable levels.

The central limit order book (CLOB) “had been mostly dry, until recently,” Harrington said. “We’re now seeing three or four trades daily through the order book, versus maybe 1,000 on RFQ. However, we have seen a recent uptick in order-book trades of more than $5 billion. September was our highest-volume month yet.”

Harrington also noted that some hedge funds and traditional dealers are “moving in the direction” of anonymous, all-to-all SEF trading, while interest is ramping up in swap futures, credit-default swap trading, and Market Agreed Coupon (MAC) interest-rate swaps, which are standardized and considered well-suited for electronic trading.

The broad array of SEFs can be seen as a contributor to the industry’s slow start, as more venues disperse liquidity and add complexity. “Nobody has the resources to connect to all the SEFs that are temporarily registered,” said Shawn Bernardo, chief executive of Tullett Prebon’s SEF. “I expect we’ll see some consolidation, and then more clients will decide which SEFs to connect to, which will probably be decided based on liquidity.”

SEFs were effectively brought into existence by regulators, and, like a restaurant in a government-built housing development where residents have yet to move in, the venues opened without order flow at their doorsteps.

“Just introducing an electronic platform to a product area doesn’t necessarily mean it’s going to trade electronically,” Bernardo said. “Traditionally in the inter-dealer space, products trade via voice broker to start, and then as liquidity picks up and products start to become more ‘commoditized’, you can introduce an electronic platform.”

In Bernardo’s view, it will take six to 12 months at minimum for the interest-rate swap market to migrate to full electronic trading. To attract sufficient liquidity, SEFs will need electronic and voice RFQ, a CLOB, a multi-asset offering, and a robust Application Programming Interface (API).

Swap futures are a market response to regulatory change, and like the SEF space, the business is in its initial growth stage. Michael Riddle, chief operating officer of Eris Exchange, said swap futures are more capital-efficient in terms of initial margin and more efficient from a regulatory perspective, when compared with trading interest-rate swaps through a SEF. 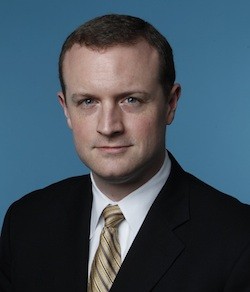 Riddle said 98% of trades on Eris Futures so far this year have executed via CLOB.   “Probably the most interesting action in rates is in MAC, or Market Agreed Coupon,” Riddle said. “In this space, a significant amount of what appears to be buy-side firms are urging dealers to make prices in RFQ over SEFs, and we’ve seen some interesting ideas with order books. I suspect an order-book alternative may germinate there on the swaps side.”

“As Dodd-Frank has rolled out, the initial appeal of the regulatory reform has been obvious  to many of these folks, who traditionally have been on the outside looking in. They now see regulatory reform driving centralized clearing,” Riddle continued. “However, the reality is playing out slowly. Not all FCMs offer swap clearing, and there are different protocols with trading and pricing.”

Regarding how the market will look in one year’s time, Riddle said “The answer depends on whether any SEFs make a MAT (Made Available to Trade) filing to expand the amount of instruments required to be traded on SEFs. Right now, data suggests a substantial amount of buy side flow is being kept off SEFs because they’re not required to be traded there. The future depends on how that plays out.”