Anthony Amicangioli is the founder and CEO of HPR. 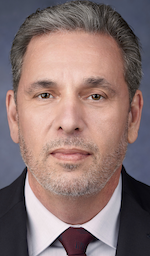 How should the new year be known?

There are several understandable reasons for that – security concerns, compliance questions, a general mindset that prized keeping things in-house, etc. – but those concerns and objections have all been overcome, in our opinion.

The cost, simplicity and usability benefits of the cloud are just too hard to ignore. In recent conversations with a significant buy-side firm, its CTO said they have gone from a situation a few years ago where they had to argue why they should use the cloud for specific projects, to now having to make a case for why they shouldn’t. That’s a massive change in only a few years, and I think it is indicative of the mindset we see with most of the firms with which we speak.

What do you see as the next major watershed for the industry?

From Uber threatening taxis to Casper waking up the mattress business, and Amazon replacing all kinds of brick and mortar retailers, technologically savvy newcomers up-ending the status quo is becoming a cliché.

Although consumer banking, payments, retail investment, and etc. have seen the encroachment of firms of this type, that has yet to happen in the capital markets. However in our opinion, those players are coming, and 2019 might very well be the year they manage to break through.

The foundational technology these newcomers run is built to scale. At their essence, they are very simple. Take Google, which is fundamentally a distributed, de facto operating system. Ten Google apps may do ten very different things, but the underlying technology is highly unified. This efficiency and unification have enabled the rapid ascent of these companies.

Although that is no doubt concerning for incumbents, it also represents a massive opportunity given the inherent advantages they have by being an established player in a market that is ultimately very difficult to break into. If the success of these tech-led firms has made one thing clear, it’s that getting the approach right early reaps giant rewards. In our opinion, the first bank to truly solve its legacy technology issues will grab market share and be positioned to succeed for many years to come.