On the the first day of live operations, Aquis executed trades in approximately 160 stocks from the UK, France and the Netherlands.

Haynes told Markets Media that all 11 members used the exchange at launch, one more joined Nov. 27 and there will be another 18 in January.

“There were a handful of trades in every single market,” Haynes said. “We had more than 100,000 messages which tested the system out. It is a bit like getting a new car when you have to push all the buttons first.”

The first Aquis trade was in a UK stock, but volumes were equally divided between the UK, France and the Netherlands. 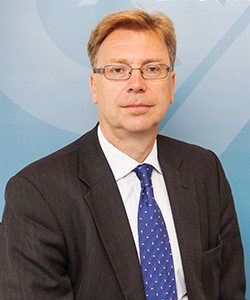 Haynes said Aquis does not plan to increase the number of stocks traded until January, when the new 18 members will join. “At the end of January we will have a broad spectrum of 1,000 stocks in 14 markets which we will probably add in one go,” he said.

According to Haynes there have been no technical problems since live trading began.

“I can genuinely say there have been no issues. Our team has built systems in the past and done testing and dress rehearsals,” Haynes added. “We have two-way quotes on all of our 160 stocks so we have a genuine market.”

Haynes is the the former chief executive of Chi-X Europe, and members of his former team joined him at Aquis after Chi-X Europe was acquired by Bats Global Markets.

Aquis Exchange has introduced a subscription pricing model for equities trading.  Users are charged a set monthly fee based on the  message traffic they generate, rather than a percentage of the value of each stock that they trade. Small firms pay the minimum subscription while at the opposite end of the scale members can pay the maximum fee for unlimited message data, subject to a “fair usage” policy.