The YMCA Retirement Fund, like most pension plans, has weathered the shockwaves emanating from the Great Recession. Management continues to focus on positioning the fund to exploit areas of opportunity. These include investing in illiquid sectors such as private equity, private real estate, private debt and private energy.

“From an overall plan perspective, we have north of 30% invested in alternatives,” said Louise Howard, vice president of fixed income at YMCA Retirement Fund, which had assets of $5.3 billion at year-end 2013. “Given the size of our plan and the average age of our participants, we feel that we can give up some liquidity in the hopes of improving returns, so we have investments in private equity, private real estate, commodities, other natural resources and then as a more of a defensive play, hedge funds.” 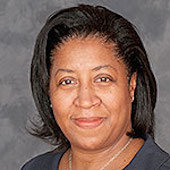 Most of these are actively managed. “Our goal is to perform well in markets and to try to exceed those, and the only way that can be accomplished is with active management,” Howard said.

Howard, who has been with the YMCA Retirement Fund since 2005, had previously worked for Diversified Investment Advisors (now Transamerica Retirement Services), a full-service retirement consulting firm. “We created products for their investment lineup,” Howard said. “Those products, along with fully-bundled retirement services packages, were sold to small and medium-sized defined benefit and defined contribution plans,” she said.

In selecting managers, the fund relies both on its network of contacts as well as its consultants, but ultimately, the decision rests with the fund. “It’s up to the investment staff as to which managers we choose to invest in that are ultimately approved by our investment committee,” said Howard. “I always take stock of the performance track record of the managers that I’ve hired since I joined the fund, and I’m very pleased with that track record. I’ve had the ability to work with two chief investment officers and really be able to observe the nuances in terms of investment style, risk tolerance and implementation of portfolio strategy and asset allocation.”

The fund has a highly diversified portfolio of stocks, bonds and alternative assets designed to provide a balance of growth and protection. Although only about one-third of the fund’s assets are invested in U.S. stocks, stock market gains helped drive the fund’s portfolio to $5.3 billion, the highest in its 91-year history.

“Everyone speaks of the funding ratio because of the financial crisis, when so many folks went from being overfunded to underfunded,” said Howard.

As a church plan, the fund co-mingles the assets on behalf of plan participants and its investment department manages the assets. “From a participant standpoint, you receive an investment or interest credit semi-annually which is then compounded, and your account balances compound over time and then when you retire, those balances are annuitized,” said Howard.

The biggest challenge right now is the low rate environment. “The bond market is communicating that maybe the economy isn’t as strong as we’ve been told it is,” Howard said. “I think that gives me a bit of pause about when we will see rates rise.”

In his review of the fund’s results for the quarter ended March 31, chief investment officer Hunter Reisner said that fixed income modestly underperformed its benchmark, breaking a string of nine quarters of outperformance.

“In these choppy, directionless markets, we do not expect the portfolio will necessarily shine,” said Reisner. “Yet over the long-term, we are confident the moves we are making will add considerable value.”

“We’ve thought that unconstrained strategies were particularly interesting,” said Howard. “We have some exposure to global sovereigns.”